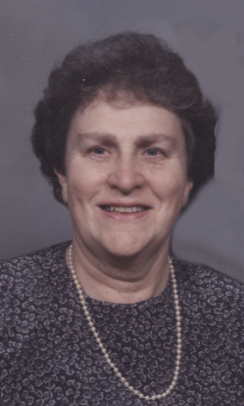 Jacqueline Jeanne Anderson, 90, of 406 Park Street, died Thursday April 8, 2021, in her home. A lifelong Jamestown resident, she was born September 20, 1930, a daughter of the late Harry and Anna McManus Williams. She was a 1948 graduate of Southwestern Central School and a 1972 graduate of Jamestown Community College through the Potential of Women Program. She had been employed by Bigelow's Department Store as a clerk and bookkeeper. She was a member of Tree of Life (formerly Holy Trinity) Lutheran Church and its Esther Circle. Her other memberships include American Scandinavian heritage Foundation, YWCA Antique Club, YWCA Quilters and Marvin Community House Junior Board. Her hobbies include reading, flower gardening, volunteering for the Adult Reading Program at the Prendergast Library and quilting. Surviving are four daughters Susan (Jeffrey) Raines of Jamestown, Sally Jurkowski of Bandon, OR, Sharon (Harley) Rusch of Ashville and Sandra (Robert) Schlortt of San Antonio, TX; son Steven K. Anderson of Jamestown; seven grandchildren Cynthia (Mike Gianola) Jurkowski, Kevin (Hollie) Jurkowski, Rachel (Taylor) Jurkowski Burgoyne, Matthew Raines, Katie (Adam) Johnson, Anna (Stephen) Rusch Guerra and Kirsten Schlortt; nine great grandchildren; two brothers H. Rodrick Williams of Lakewood and Raemon Williams of Jamestown and a brother in law Donald R. (Diane) Anderson of Denver, CO. Besides her parents she was preceded in death by her husband Kenneth M. Anderson, whom she married December 23, 1950 and who died February 10, 2008; a sister RoxAnn Williams and a son in law David Jurkowski. A graveside service will be held at 11 a.m. Saturday in Sunset Hill Cemetery and may be viewed at www.facebook.com/lindfuneralhomeinc/. A memorial service will be held at a later date. A walk-through visitation will be held from 4-6 p.m. Friday in the Lind Funeral Home where masks will be required and social distancing observed. In lieu of flowers memorials may be made to Chautauqua Region Community Foundation Scholarship Fund, 418 Spring Street, James Prendergast Library, 509 Cherry Street, Roger Tory Peterson Institute, 311 Curtis Street or Marvin Community House, 2 W. 5th Street, all of Jamestown, NY 14701. You may leave words of condolence at www.lindfuneralhome.com.

Share Your Memory of
Jacqueline
Upload Your Memory View All Memories
Be the first to upload a memory!