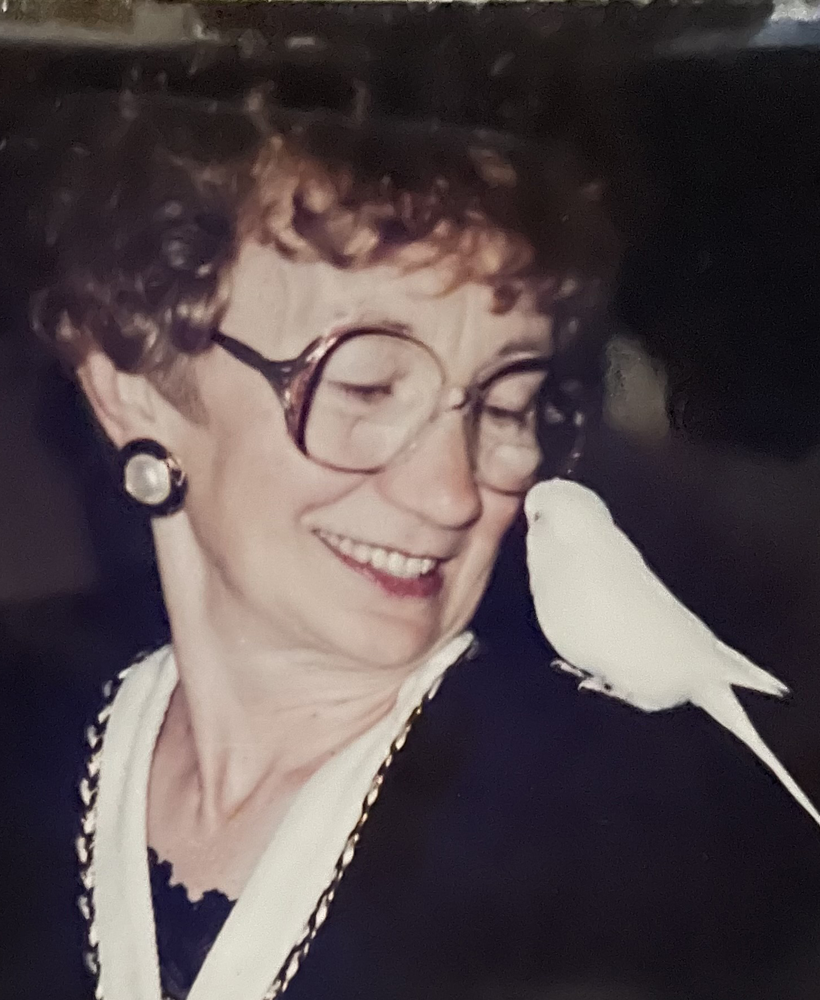 Maria Welker Schulz, 91, of Jamestown, NY, passed away peacefully at 1:50 am Thursday, April 8, 2021, in the Lutheran Home and Rehabilitation Center, after a brief illness. An area resident for most of her life, she was born May 21, 1929 in Karlsdorf, Yugoslavia, a daughter of the late Michael and Magdalena Knoll Ipach. Before her retirement, she was a bridal consultant for the former Bigelow's Department Store in downtown Jamestown for many years; she was known throughout town and loved seeing "her brides" out and about over the interim decades. She was a longtime member of the former Holy Trinity Lutheran Church, now the Tree of Life Lutheran Community, where she was active in many circles and bible studies and as a Sunday School teacher. She was also a member of the German Community Group of Jamestown. Surviving is a son, Erhard P. (Kathy) Welker of Jamestown, a daughter, Karin M. Welker of Brookline, MA, four grandchildren, Faith E. (Ryan) Graham of West Seneca, NY, Erik (Kelly) Welker of Smithfield, VA, Katherine M. Allen of Atlanta, GA, Peter M. Allen of Cambridge, MA; two great grandchildren, Jayden and Reese Graham of West Seneca, NY; and her brother, Peter Ipach of Cincinnati, OH. Maria was preceded in death by her first husband of 30 years, Peter P. Welker, whom she married April 19, 1952 and who died January 8, 1983; her second husband, Andreas Schulz of Tallmadge, OH; and her sister, Helen Ipach Ress. Maria was widely known as that energetic, outgoing and highly personable German lady, with an inexhaustible supply of chocolate bars, and for her love of fashion and good jewelry, always impeccably turned out. Before Covid, Maria was a regular at Bob Evans, and rarely missed a Sunday with the after-church crowd. She would only ever take the stairs to her fourth floor apartment, two at a time, often with bundles and groceries, until very recently when she was making plans to move from independent to assisted living. Maria lived through a World War II-era concentration camp for displaced ethnic Germans, and escaped with her family after two and a half years into Austria, where she met her first husband Peter Welker at a dance (true love at first sight); they would each come to America separately a year apart with their respective families, marry, and live happily raising their children on Broadhead Avenue until his untimely death in 1983. She was interviewed about her immigration story which resulted in a Youtube video "Maria Welker (2014) Reflections" https://www.youtube.com/watch?v=yqPfubomzzo&t=12s; she was so proud to be a naturalized American citizen. Due to Covid-19 restrictions, a private family service will be held; visitation will not be observed. Interment will be in the Lake View Cemetery, next to her husband Peter. A true celebration of Maria's life will be held at a later date to be announced by the family. In lieu of flowers, donations may be made to one of the following charities: Audubon Community Nature Center, 1600 Riverside Rd. Jamestown, NY 14701, auduboncnc.org; Chautauqua Region Community Foundation, 418 Spring St., Jamestown, NY 14701, crcfonline.org; or Roswell Park Alliance Foundation, Elm & Carlton Streets, Buffalo, NY 14263, roswellpark.org/giving. You may leave words of condolence to Maria's family at www.lindfuneralhome.com.

Share Your Memory of
Maria
Upload Your Memory View All Memories
Be the first to upload a memory!