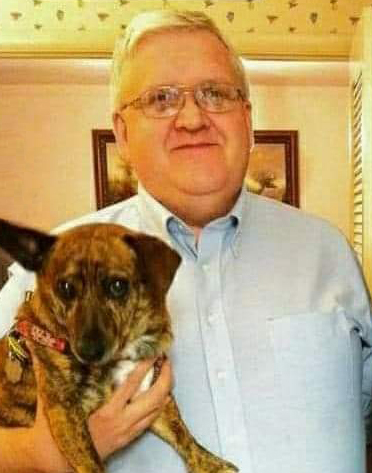 Brian Donald Bernhardt of 208 Parkview Avenue in Jamestown lost his hard battle against COVID on April 26, 2021 while at UPMC Hamot in Erie, Pa. Born October 16, 1962 in Jamestown, NY, he was 58 years old. He leaves behind his domestic partner and love of his life, Carrie C. Wolfgang, his stepsons Jesse Wolfgang of Warren, PA and Lucas Wolfgang of Jamestown, NY and a grandson, Tanner White of North East, Pa. He is also survived by his sister, Laurie Adatepe (Scott McCort) of Mercer, PA and his niece, Alicia Garcia (Bikelby) of Yorktown Heights, NY along with his great-niece, Abigail Garcia and his great-nephew, Mateo Garcia. Their calls, visits and photos were a source of great joy to Brian. Brian is survived by two aunts, Flossie Minton of Jamestown, NY and Nancy Bernhardt of Pompano Beach, FL, and many cousins. He never met a dog he didn't like and his little princess dog, Mattie, survives him. Brian was preceded in death by his parents, Donald R. and Alice I. Blood Bernhardt, along with many aunts and uncles. He was also preceded in death by his nephew, Justin Adatepe in 2020. A 1980 graduate of Panama Central School, he continued his education at JCC and RIT. From an early age, Brian could fix or repair anything. He spent his entire career at his "temporary" summer job that started July 9, 1984. Brian was an Electrical Engineer in charge of Research and Development at Blackstone-Ney Ultrasonics. He loved and was proud of his job. Naturally shy, he preferred to do things quietly and behind the scenes. His home was his castle; he travelled well but reluctantly. Brian had a keen sense of humor. He collected antique clocks from the mid-1800's through 1960. Following a recent interest in baking and cooking, Brian became adept at making cakes, cookies, soups, casseroles, breads and pizza crusts. His gravy and riced mashed potatoes remained his greatest gift to family meals. Brian was the proud recipient of the Old Tom Morris Award for lifetime achievements related to the Camp Whatever Scrambles. A walk-through visitation will be held from 1 to 3 and 6 to 8 p.m. Thursday, April 29th in the Lind Funeral Home, where social distancing is observed and masks are required at all times. A private graveside service will be held in Lake View Cemetery. Memorials can be made in Brian's name to Paws Along the River Humane Society at 212 Elm St., Warren, PA 16365.

Share Your Memory of
Brian
Upload Your Memory View All Memories
Be the first to upload a memory!