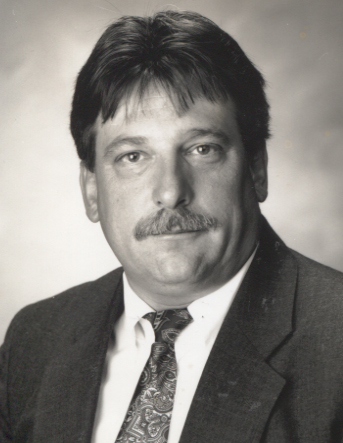 David James Daversa, 65, of Frewsburg, NY, passed away Thursday, June 3, 2021 at UPMC Chautauqua. He was born December 9, 1955 in Jamestown, a son of the late Armand E. "Chico" and Barbara J. Larson Daversa, and was a graduate of Jamestown High School Class of 1974, Jamestown Community College, and the Chautauqua County Sheriff Police Academy. David retired as Sherman Highway Supervisor for the Chautauqua County Department of Public Facilities. He served as a member and president of the Jamestown Public School Board. He was an Election Inspector for Chautauqua County and served on the City of Jamestown Zoning Board. David was always active in local politics. He was a member of the Lakewood Rod & Gun Club and Allen Park Men's Club. David enjoyed boating on Chautauqua Lake with family and friends and was an avid Buffalo Bills fan, attending many games in the 90s where he looked forward to meeting some of the players. Following retirement, he enjoyed golfing and traveling. David's favorite time was spent with his grandchildren. He is survived by his wife of 42 years, Darlene Williams Daversa; their three daughters: Kristen (Joseph) Marecic of Pittsburgh, Kara (Aaron) Emley of West Ellicott, and Kendra (Chadwick) FitzPatrick of Huntersville, NC; six grandchildren: Aidan & Wyatt Marecic, Ryan & Carson Emley and Ava & Jacob FitzPatrick; three brothers: Randy Daversa, Jeffrey (Lisa) Daversa and Gregg Daversa; and two aunts, Elaine McMahon and Diane Edwards; as well as many nieces, nephews and cousins. A memorial service will be held at 3 p.m. Tuesday in the Lind Funeral Home. Deacon Michael Lennon will officiate. Friends will be received for two hours, from 1 to 3 p.m. prior to the service Tuesday. The family suggests memorials be made to the UPMC Hillman Cancer Center.