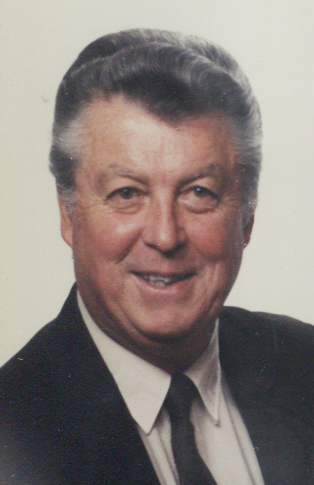 Thomas J. Harte, 92, of Brookdale Assisted Living, Lakewood, NY, left this earthly life on June, 10th, 2021, surrounded by his loving children. He was born August 20th, 1928 in Newark, NJ, the eldest child of Thomas Harte and Elizabeth (Macken) Harte. Upon graduation from Seton Hall Preparatory School in 1946, Tom joined the Navy where he served from 1946-1949, as a meteorologist in Newfoundland, Canada. Following Tom's honorable discharge from the Navy, he attended St. Bonaventure University where he received his bachelor's degree in History in 1953 and a master's degree in Sociology in 1954. It was during this time that he met his bride, Dorothy Levandoski, a native of Olean. They were married on January 19, 1952. After college he began his teaching career at Limestone Union Free School and moved to the Jamestown Public Schools in 1957, teaching American History, Sociology, English and Math at Washington Junior High and then Jamestown High School. He retired in 1985, but briefly returned to teaching at Jamestown Business College as a geography instructor from 1990-92. During most of the 1960s Tom proudly served as the Caddy Master at Moon Brook Country Club where he had his first real venture in advocacy – he was able to obtain better facilities and better pay for the young men who caddied at the club. This began a life-long passion of advocating for his fellow educators. Prior to serving as a three-time president of Jamestown Teachers Association, he was appointed a strike manager for the Association in 1972. While the strike was not very successful, it was apparently a turning point in the struggle to establish the collective bargaining process between school boards and teacher unions in New York State. He went on to be elected as one of two teachers from the state to the National Education Association Board of Directors and was one of the founders of NEA's New York State Affiliate in 1976. In retirement Tom continued his advocacy as a long-standing member of the South Chautauqua County Retired Teachers Association and was the Chairman of the State Legislation Committee of the Western Zone. It was in this capacity that he made regular lobbying visits to Albany and was able to secure a permanent annual Cost of Living Allowance (COLA) for NYS retired teachers for the first time. Tom's public life also included the political world. In 1972 Tom ran for a seat on the Village of Lakewood Board and was elected to that position four times. Following that, he was elected to the Chautauqua County Legislature for the first of six terms and served there for twelve years, including as chairman of the Legislature in 1984 to 1985. As a county legislator, Tom promoted the creation of an environmental committee and succeeded in getting the legislature to pass a county-wide recycling program. He also introduced a student legislator intern program, allowing dozens of young persons to take part in legislative and political activities. As a life-long Catholic and an active member of Sacred Heart Catholic Church in Lakewood for 63 years, Tom was committed to serviing his community and fellow citizens. He served as a United Way Campaign Manager, Catholic Charities Drive Coordinator, Co-Chairman of Hospice Chautauqua fund-raising drive, Lakewood Senior Nutrition Site Volunteer, Literacy/Reading Update volunteer – reading to the blind, and Tanglewood Memory Gardens volunteer. Additionally, he served on the Boards of Jamestown Girls Club, SS Peter and Paul Catholic School, Jamestown Concert Association and the New York State Fish and Wildlife Association. He was a member and president of the Lakewood Kawana's Club. From his teen years Tom was an avid golfer and fly fisherman, fishing the streams of Colorado, Ireland and taking annual fishing trips with friends to Potter Co. Pennsylvania up until just a few years ago. He had a deep love of reading and most the time he was simultaneously reading multiple books. Tom traveled extensively throughout the US and after retirement he and Dot visited Europe, including Russia, many times and journeyed to Australia and New Zealand. And like many other Western New Yorkers, he was a tried-and-true Buffalo Bills fan. Tom is survived by his five children; Eileen (Chris) Carlson, Mary (Shelly Sandau) Harte, Nancy Harte, Chris Harte, and Sheila (Vladimir) Dmitriev, six grandsons; Aaron Carlson, Brendan (Ashley) Carlson, Logan Harte, Brian (Chelsea) Harte, Aidan and Declan Dmitriev and one granddaughter, Lydia Harte, 6 great grandchildren; Kelsey and Libby Carlson, Lily and Anna McCormick, Lennon Carlson and Emily Harte, a sister, Margaret "Peggy" McEnroe, and many nephews and nieces. He was preceded in death by his wife of 65 years, Dorothy "Dot" Levandoski Harte, who died August 20, 2017, his granddaughter Ashley Julia Sandau, 2 brothers, Brendan and Patrick Harte and his sister, Mary (Harte) Huth. A Memorial Mass of Christian Burial will be celebrated at 11:00 am Saturday, June 19th in the Sacred Heart Catholic Church, 380 East Fairmount Ave. Lakewood, NY. The Rev. Piotr Zaczynski, pastor will be celebrant. The service will also be live streamed at www.facebook.com/lindfuneralhomeinc/ at 11 am Saturday. Friends will be received from 2-4 & 6-8 pm Friday, June 18th in the Lind Funeral Home, 805 West 3rd St. Jamestown, NY, where a Christian Wake Service will be led by Deacon Dan Tyler at 1:45 pm Friday in the funeral home. In honor of Tom, the family suggests that memorials may be made to the Ashley Julia Sandau Memorial Scholarship Fund, c/o Chautauqua Region Community Foundation, 418 Spring St. Jamestown, NY 14701. You may leave words of condolence to Tom's family at www.lindfuneralhomecom.