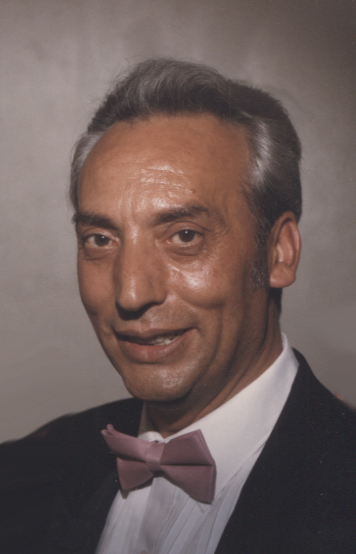 Rosario "Ross" Calimeri, died Saturday August 14, 2021, surrounded by his loving family in his home. A native of Tortorici, Sicily, he was born October 15, 1934, a son of the late Michele and Rosaria Paterniti Calimeri. In Sicily, Ross was a cabinet maker by trade. As he approached his twenties, he and his father would move to America, in pursuit of a better life, and slowly bring the rest of his family. Ross moved to Jamestown, NY in 1955. In October of 1961, Ross went back to Sicily to marry his bride, Antonietta, and soon bring her back to the United States where they would begin their life together. The love he had for his family was so great, that it cannot be expressed in words. As many will remember, Ross enjoyed making his rounds, visiting family friends whenever he had the chance. He enjoyed life and was proud of his accomplishments. Rosario was the true definition of an American success story. His story was published in the "Historic Chautauqua County Bicentennial" which can be found at the Fenton History Museum. In 2018 Rosario and his family received the "Family of the year" of Chautauqua County award, celebrating his accomplishments. His determination to provide for his family, and to keep his children close to home as they grew, lead him through a path of hard work. Starting out working in the local factories, to investing in real estate, to starting his own furniture manufacturing business - Artone Manufacturing, through to investing in options trading in the stock market. He was willing to take the risks in order to succeed, and certainly accomplished his goal. He was a communicant of St. James Catholic Church and was a member of Marco Polo Club. Surviving is his wife Antonietta Conti Calimeri, whom he married October 21, 1961, in Sicily; six children Sally (Angelo) Donisi of Jamestown, Michael (Michele) Calimeri of Lakewood, Sebastian (Cathy) Calimeri of Panama and Mary (Jeff) Eggleston, JoEtte (Kirby) Fisher and Katie Calimeri all of Jamestown; ten grandchildren; seven great grandchildren and siblings Marianna Pintagro, Josephine Bentley and Carl, Armando and Anthony Calimeri all of Jamestown. Besides his parents he was preceded in death by sisters Aldina Gullotti and Mary Territo and brothers Sebastian "Busty" Calimeri and Frank Calimeri. A Mass of Christian Burial will be celebrated at 10 am Wednesday in St. James Catholic Church. Burial will be in Holy Sepulchre Cemetery. A walk-through visitation will be held from 4-7 pm Tuesday in the Lind Funeral Home. At the family's request, everyone attending visitation must wear a mask and observe social distancing. Memorials may be made to Southern Tier Kidney Association, PO Box 834, Jamestown, NY 14702. You may leave words of condolence at www.lindfuneralhome.com.

Share Your Memory of
Rosario
Upload Your Memory View All Memories
Be the first to upload a memory!