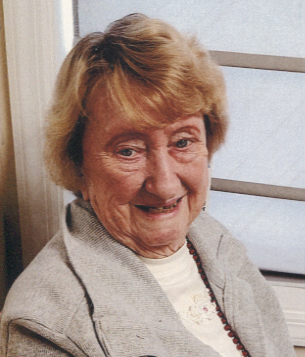 Alice Marie Crossley, 100, of The Magnolia in Frewsburg, formerly of Loomis Bay, Lakewood, passed away peacefully Friday, August 13, 2021 at UPMC Chautauqua. She was born August 11, 1921 in Ashtabula, OH, a daughter of the late Frank and Ella Eastberg Johnson. In addition to her parents, she was preceded in death by her husband, Orman L. Crossley whom she married June 22, 1941 and who died in 1989; her son, Private Orman Lee Crossley, Jr., US Marines; as well as a sister, Beatrice Marcoux and three brothers, Lavern Nelson, Clyde Johnson and Robert Johnson. Surviving are two daughters, Nancy Martinson of Ashville, NY and Wendy Litzen (Pat) of Jamestown, and a son, Jeffrey L. Crossley of Cape Coral, FL; three grandchildren: John D. Litzen (Kim) of College Station, TX, Martin Litzen (Bonnie) of Lakewood, NY and Amanda Litzen Hayes (Bill) of Jamestown; and five great-grandchildren: Danielle (Nate) and Kendra Litzen, Breanda "Bre" Litzen, and Zack and Hunter Hayes. Alice was a Gold Star Mother and for 55 years a member of the Lakewood Legion Auxiliary, serving as Auxiliary President around 1970. She was also a member of the VFW Post 53 Auxiliary where she also served as Auxiliary President in the early 1970's. Alice and Orman loved to travel, whether visiting family in California, their son in Boston and daughter Nancy in Florida, or trips out of the country to Ireland, Yugoslavia, and Trinidad. A memorial service will be held at 1 p.m. Thursday in the Lind Funeral Home. The family will then receive friends at the Lakewood American Legion at 2:30 p.m. Thursday following the service. Inurnment will be in Lake View Cemetery. Memorials may be made to the American Cancer Society, P.O. Box 22718, Oklahoma City, OK 73123-1718.

Share Your Memory of
Alice
Upload Your Memory View All Memories
Be the first to upload a memory!