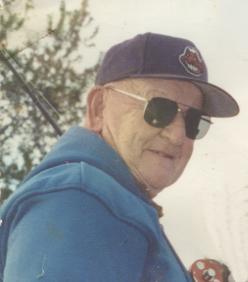 Obituary of Jack B. Southern

Jack B. Southern, 92, of Lakewood, formerly of Beason, IL, and Winter Haven, FL, passed on to fish gentle waters on Wednesday, August 11, 2021 in Heritage Park Rehab & Skilled Nursing Facility. He was born on Sept. 1, 1928 in Latham, IL, a son of the late Steven and Blanche Holmes Southern. Jack was a graduate of Beason High School. He was a Standard Oil distributor for many years and drove a school bus for more than 30 years. He was a proud volunteer fireman for many years and was on the Beason Chestnut Park Board. While living in Illinois, he was a member of Beason United Methodist Church and since moving to New York was a member of Bemus Point United Methodist Church. Jack enjoyed fishing and was a lifelong Boston-Milwaukee-Atlanta Braves fan and was a member of the Lakewood Rod & Gun Club. Jack is survived by his wife of 74 years, Wanda L. Fox Southern, whom he married March 16, 1947; a son Rodney A. (Mary Ann) Southern of Lakewood; two daughters Robyn (Anthony) Krotz of Cary, IL and Kristina Watson of Naples, FL; six grandchildren: Tiffany Parisi, Courtney Zahm, Spencer Southern, Jacob Krotz, Theresa Wells, Emily Watson; and six great-grandchildren. In addition to his parents, he was preceded in death by a son-in-law Arthur Watson. There will be no service or visitation observed at this time. Memorials may be made to Beason United Methodist Church, 1544 Walnut Ave., Beason, IL 62512.

Share Your Memory of
Jack
Upload Your Memory View All Memories
Be the first to upload a memory!