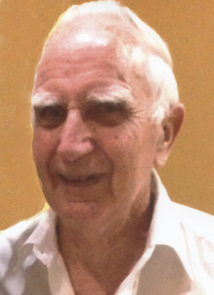 Thomas Connor, 92, of Randolph, NY, formerly of Fluvanna-Townline Rd., Jamestown, passed away at 12:30 pm Thursday, August 19, 2021, in his home with his son by his side. An area resident for most of his life, he was born August 21, 1928, in Philadelphia, PA, a son of the late Harry and Sarah McKellar Connor. He was a veteran of the U.S. Army serving for nine years during the Korean War. Before his retirement, he was a draftsman for Hopes Windows for many years. He also worked as a mechanic doing many jobs in his spare time. Thomas was a longtime member of the American Legion and loved traveling with his late wife having residence in Ruskin, FL and Sun City, FL. Surviving is a son, Michael (Dr. Erika) Connor with whom he made his home in Randolph, six grandchildren, Kelly (Joe) Fiorella of Jamestown, Scott (Briana) Connor of Kennedy, NY, Dr. Erik (Dr. Maggie) Connor of Pittsford, NY, Dr. Erin (Matt) Kinahan of Crestview, FL, Chelsea Connor, Sean (Hannah) Connor both of Randolph, NY and six great grandchildren. Besides his parents, he was preceded in death by his wife, June Davidson Connor whom he married in 1950 and who died April 15, 2013. A private service will be held at the convenience of the family. Visitation will not be observed. Burial will be in the Lake View Cemetery.