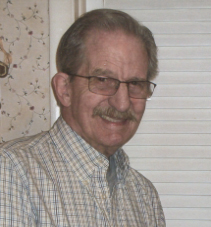 Winfield Henry Ayers, Jr, 81 of Jamestown, NY passed away on September 8, 2021, in Heritage Park Nursing home due to complications of dementia and COVID. Born November 13, 1939, Win was the son of the late Winfield and Onnolee Histed Ayers. Surviving polio as a child, Win grew up on Dunham Avenue in Celoron, NY and attended SWCS. As a teenager, he worked at the Celeron Roller Rink where he taught many kids how to skate. He had also worked at Noah's Ark in Brooklyn Square and at the Hotel Jamestown. He often told stories of the good old days from getting stuck at the top of the Ferris wheel at Celeron Park to sneaking into the drive-in movies. He served in the US Navy from 1959-62. Always interested in cars and trucks, he went on to become a diesel truck mechanic. He began his career at Saunders Leasing and as a member of Teamsters Local 649, spent many years at Boss Linco Lines, and then Flickinger's which eventually became Sysco Foods. He ended up taking an early retirement after being injured on the job. Win is survived by his wife Cynthia (Erickson) Ayers with whom he recently celebrated their 51st anniversary on February 14th. Together they raised 2 children, Tracie (Norman) Ayers Arthurs and Scott Ayers, both of Jamestown. They also have 3 grandchildren, Lucas Arthurs of Niagara Falls, and Jackson and Madison Arthurs of Jamestown. Jackson shared a very special bond with his grandpa and is always proud of the fact to have Winfield as his middle name. The kids will always remember reminiscing about the old days and how he carried around his Chapstick and pocketknife in his front pocket wherever he went. He was a jack of all trades who always worked hard. Win is also survived by his chocolate lab, Molly. A private service will be held at the convenience of the family. No visitation will be observed. In lieu of flowers, please consider donating to the Chautauqua County Humane Society, 2825 Strunk Road, Jamestown, NY 14701. You may leave words of condolence at www.lindfuneralhome.com.

Share Your Memory of
Winfield
Upload Your Memory View All Memories
Be the first to upload a memory!