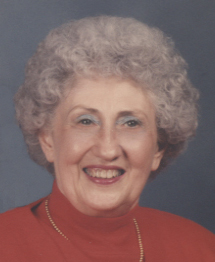 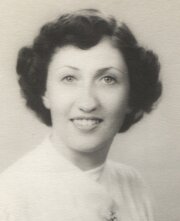 Shirley S. Gustafson, 90, of Stowe Street in Jamestown, passed away Tuesday, Sept. 7, 2021 in her home. She was the widow of Gail R. Gustafson, whom she married in 1953 and who died December 7, 2019. Shirley was born August 16, 1931 in Cincinnati, Ohio, the daughter of the late Raymond S. and Goldie Cinnamon Schwall. After graduating from high school in Cincinnati, she received her Bachelor's Degree from the University of Cincinnati in 1953 and later her Master's Degree in Education from SUNY Fredonia. Shirley taught school in the Bemus Point Central School District for 21 years, retiring in 1989, and was a member of First Presbyterian Church. She cared deeply about helping others and will be greatly missed. Surviving are five children: Jill (Mike) Davis of Cape San Blas, FL, Garrett Gustafson of Belle Plaine, KS, Julie Cogliano and Robert (Judith) Gustafson, both of Jamestown, and David (Colleen) Gustafson of Orford, NH; five grandchildren: Gary (Cassandra) Gustafson of Brocton, NY, Katie (Corey) Butler of Jamestown, Lucas Gustafson of West Lebanon, NH, Lacey (Dylan) Bruhns of Saratoga Springs, NY and Justin Gustafson of Buffalo, NY; and four great-grandchildren, Grant, Drew, Zoe and Arlo. A private family service will be held at a later date. Visitation will not be observed. Memorials may be made to Chautauqua Hospice & Palliative Care, 20 W. Fairmount Ave., Lakewood, NY 14750; or to First Presbyterian Church, 509 Prendergast Ave., Jamestown, NY 14701.

Share Your Memory of
Shirley
Upload Your Memory View All Memories
Be the first to upload a memory!