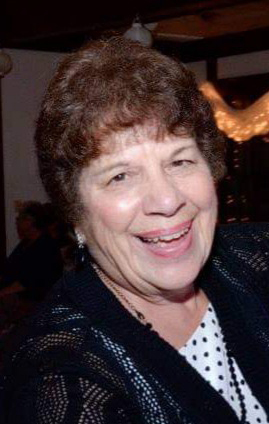 Diane T. Montagna, 82, of 18 Chambers St., died Monday, September 20, 2021 in UPMC Chautauqua. A lifelong area resident, she was born March 23, 1939 in Jamestown, NY, a daughter of the late Joseph and Carmella Barber Piatz. She was a 1957 graduate of Jamestown High School. Prior to her retirement, she was employed in the offices of Acu-Rite. An avid golfer, she was a member of South Hills Country Club and volunteered with the Italian–American Charity Golf Tournament. Her other memberships included Lakewood Rod and Gun Club and the Moose Lodge. She participated with the Quadrille Dance group, as well as played shuffleboard and cards, a vocally competitive player who liked winning. She was best known for her compassionate, caring, kind nature that she graciously extended to those around her. She was a bright, beautiful soul who radiated love and friendship all of her days. She'll always be remembered for her big heart, sweet demeanor, sparkling eyes and darling smile adorned with her favorite pretty pink lipstick. Diane has left an indelible mark on the hearts of her surviving loved ones: her husband Leonard Montagna; two sons, including Scott (Barbara) Malta of Aberdeen, NC; four grandchildren Destini Malta, Cherish (Chad) Wright, Brittany (Jason) Gilbert and Joseph Malta; seven great-grandchildren; three stepchildren Leonard Montagna, Jr., Dawn Sard and Dinelle Wiley, and seven step-grandchildren. Besides her parents, she was preceded in death by her husband Walter Johnson and her sister Beverly Southwick, all of whom Diane comforted in their final days with her gentle, dedicated, loving nature. A private service will be held at the convenience of the family. Memorials may be made to the Italian-American Charity Golf Tournament; PO Box 352; Jamestown, NY,14702-0352. You may leave words of condolence at: www.lindfuneralhome.com.

Share Your Memory of
Diane
Upload Your Memory View All Memories
Be the first to upload a memory!