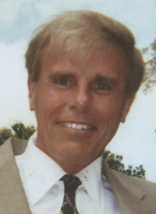 Richard D. "Mr. Dick" O'Neill, of Camp Street in Jamestown and Bradenton, Fla., passed away unexpectedly Tuesday, October 5, 2021 in the emergency room of UPMC Chautauqua. He was born in Jamestown on December 4, 1948 and attended Jamestown High School, Jamestown Community College and SUNY Fredonia. Dick was also a veteran of the US Army, serving from 1968 to 1970 during the Vietnam War. He was employed for many years by the former Jamestown Laminating, retiring as a sales engineer. Dick was a member of Ss. Peter & Paul Catholic Church, playing on the church's softball team for numerous years, both with his brothers and with his sons. He was a founding member of the Jamestown Vietnam Veterans Association, belonged to the War Vets Recreation, and as a snowbird was a member of the Moose Lodge in Bradenton. Dick loved spending time with his sons and was always a 'hands on' Dad with their projects teaching them the trades. He was also a true Yankees fan. Surviving is his wife, Judy McKoon O'Neill whom he married February 24, 1968; their three sons: David (Terry) O'Neill of Chisago City, MN, and Shawn O'Neill and Doug O'Neill, both of Jamestown; two grandchildren, Tyler and Shannon O'Neill; two brothers, John O'Neill and Bill O'Neill of Jamestown; and his poodle, "Mr. Bear". Friends will be received from 11 a.m. until 12 noon Saturday, October 9th in the Lind Funeral Home, where full military honors will be presented by the Jamestown Vietnam Veterans Association at 12 noon. The family will then be present for a 12:30 p.m. social gathering at the War Vets Recreation, 3431 Fluvanna Ave., Jamestown. Inurnment will take place at a later date in Holy Cross Cemetery. Memorials may be made to the Chautauqua County Humane Society, 2825 Strunk Rd., Jamestown, NY 14701.