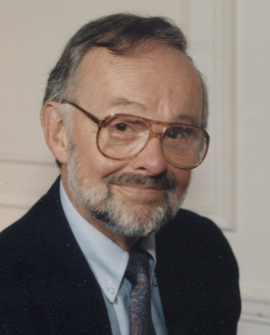 Richard C. "Dick" Ingraham, 91, of Bemus Point, passed away peacefully at his home on Monday, October 4, 2021 following a brief illness. A lifelong resident of New York State, he was born April 6, 1930 in Batavia to the late Charles B. and Alida (Salisbury) Ingraham. An educator and talented musician, Mr. Ingraham graduated from the State University of New York at Fredonia in 1952 before serving as a Corporal in the United States Army from 1953 to 1955 as a Chaplain's Assistant. After an Honorable Discharge, he served nearly a decade as a music teacher and band director at Ilion Central School in Herkimer County. He earned a Master's in Education from the State University of New York at Oneonta, and then transitioned to a career as a high school guidance counselor, first at Maple Grove Jr-Sr High School in Bemus Point, and then at Ripley Central School, where he ultimately retired from full-time work. He also served on the school board for the Bemus Point Central School District. In his "free" time, Mr. Ingraham served as choir director for many years at Holy Trinity Lutheran Church in Jamestown and performed throughout the area as a pianist and vocalist with big bands, jazz combos and as a soloist. He was probably best known for being a member of the "Dixie on the Deck" band that played many summer weekends at the former Italian Fisherman in Bemus Point. He was a longstanding member of Jamestown Local 134 of the American Federation of Musicians, as well as a member of VFW Post 557 and American Legion Post 1. Mr. Ingraham loved Bemus Point and the Chautauqua Lake area. He spent more than 50 years of his life there, winters included. During that time, he became a well-known and beloved member of the community, in part due to his musical gifts but also because of his always upbeat and friendly outlook. He was a devoted member of the Bemus Point United Methodist Church. He also enjoyed playing golf and supporting many of Maple Grove High School's athletics teams. He is survived by son Michael (Deborah) Ingraham of Pembroke Pines, FL, daughter Jill (John) Neri of Lexington, SC, son Daniel (Orquida) Ingraham of Afton, VA, stepson Mark (Anne) Sleggs of Mayville, NY, stepson Gary (Rita) Sleggs of Cleveland, OH, and stepson Todd (George) Sleggs of Cleveland OH; two grandsons, Brandon Ingraham and Ryan Ingraham and three granddaughters, Brittany Martinez, Kelsey Saylors and Alyson Saylors; five step-grandsons, Jay Newton, Kyle Sleggs, Liam Sleggs, Coleman Sleggs and Conor Sleggs and three step-granddaughters, Brenna Sleggs, Elizabeth Marshaus and Mary Marshaus; and five great-grandchildren. In addition to his parents, he was preceded in death by his sister, Marion, his first wife Joanne Nopper Ingraham, and his second wife, Shirley Sleggs Ingraham. Memorial contributions may be made to the Bemus Point United Methodist Church or to Chautauqua Hospice & Palliative Care. Family and friends may call at Lind Funeral Home, 805 W. 3rd St., Jamestown, N.Y., on October 18th from 6 to 8 p.m. The funeral service followed by a light luncheon reception will be held on October 19, 2021 at Bemus Point United Methodist Church, 4954 Bemus-Ellery Rd., Bemus Point, N.Y. at 11:00 A.M.