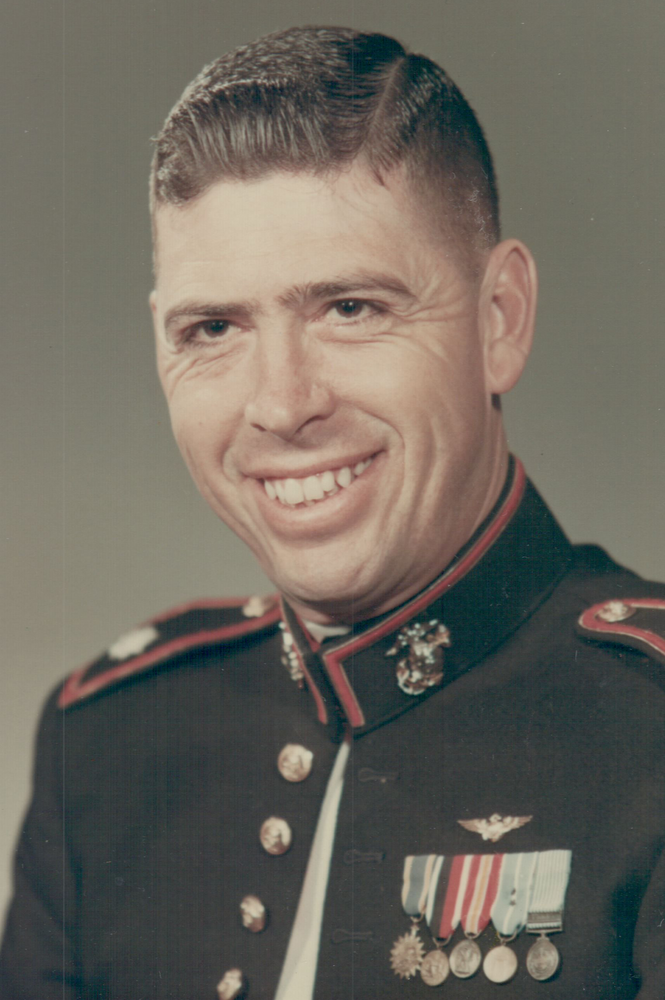 Colonel William Glenn McCool II (USMC, retired) passed away on October 2, 2021 at the age of 92 in Vero Beach, Florida. Born in Brookville, Pennsylvania on July 8, 1929 to the late William and Pearl (Johns) McCool, Bill spent his formative years in Jamestown, New York. He joined the United States Marine Corps at 18 and honorably served for 26 years as a fighter pilot and officer. Shot down over Korea, Bill returned to Jamestown and proposed to JoAnn Mead, whom he had known since childhood. They were married on April 25, 1953 and remained devoted to one another for the next 67 years. Bill's military career included service in the Korean and Vietnam Wars, and assignments in California, North Carolina, Georgia, Hawaii, Japan, and Washington D.C. He earned the Distinguished Flying Cross, the Bronze Star and the Purple Heart among other honors. After retirement from the military, Bill started his second career as Chief Pilot and Director of Flight Operations for Chautauqua Airlines in Jamestown, New York. He missed the excitement of flying fighter jets, but still enjoyed flying the commuter planes on the "short hops" to Buffalo and Pittsburgh. When the airline expanded to routes in Florida, Bill & JoAnn discovered Vero Beach where they spent the last 20 years of their lives. If you asked Bill, he would say that his absolute favorite thing to do was fly, but he had many other interests. Always intellectually curious, he was a voracious reader who spent time birdwatching, rock hunting, ushering at the Palace Theater in Jamestown and Dodgertown in Vero Beach, restoring his 1954 MG, woodworking, attending reunions with other Marines, making waffles for his children and grandchildren, and serving as general handyman around the house. Bill was preceded in death by both parents, sister Alda Monroe, brother John McCool, and his beloved wife JoAnn. He is survived by his children, William Glenn McCool III (Kristin), Robyn McCool Schultz (Larry), and his grandchildren Evan McCool, Alexa McCool, Connor Schultz and Caleb Schultz. Bill leaves behind many friends in Jamestown, New York and Vero Beach, Florida (Vista Plantation, Kenwood Village, The Brennity at Vero Beach). Bill's was a long life, filled with service and honor, packed with memories and truly well-lived. He was laid to rest at Sunset Hill Cemetery in Jamestown, New York. The family will arrange a celebration of Bill and JoAnn's life at a later date.

Share Your Memory of
William
Upload Your Memory View All Memories
Be the first to upload a memory!