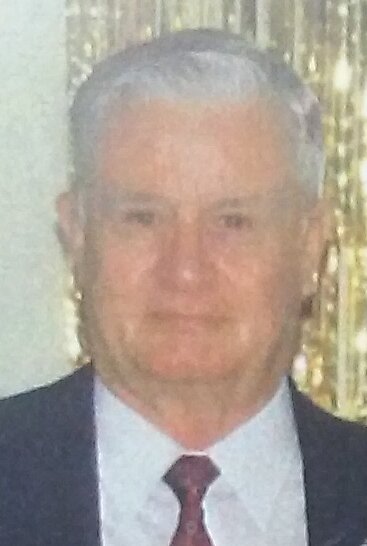 Griffith Jones, Jr., 97, of Bergquist at Heritage Village, formerly of 3067 Girts Rd., Jamestown and Utica, NY, passed away Thursday, November 18, 2021. He was born February 23, 1924 in Utica, NY, a son of the late Griffith Jones, Sr. and Rose Margaret Owen Jones. Following graduation, he served in the U.S. Army from 1943 to 1946 during World War II. In earlier years, Griff started his career with Utica Drop Forge in Utica, then Proto Tool Co. of Jamestown. He was then employed by the Black Clawson Co. in Fulton, NY, retiring as chief inspector in 1986, and has been an area resident since 1987. He also enjoyed a number of years wintering in Bradenton, Florida. Griff was a 65 year member of the Sauquoit NY Masonic Lodge, Buffalo Ismailia Shriners, Jamestown Shrine Club and Jamestown Scottish Rite. Surviving are two daughters: Vanessa J. Davis (Mark) of Jamestown and Barbara Podosek (Alan) of Lynchburg, VA; a son: Griffith Jones III (Carol) of Lakewood; four grandchildren: Scot Podosek (Wendy), Brent Podosek (Jennifer), Randy Podosek (Helen), and Matthew Davis (Erin); and five great grandchildren: Karalina, Jack, Daisy, Emma and Claire Podosek. Besides his parents, he was preceded in death by his wife, Lila Mae Roach Jones, whom he married June 19, 1943 and who died April 17, 2013; and a brother, Milton Jones. All of Griffith's family is very appreciative of and thankful for his friends and the staff of Bergquist at Heritage Village, his 'second family'. A Memorial Service will be held at 2 p.m. Saturday, April 9, 2022 in the Lind Funeral Home. The services will be livestreamed and can be accessed on the funeral home website, www.lindfuneralhome.com. The Rev. Sam Shreffler will officiate. Inurnment with full military honors will take place in the Bath National Cemetery. The family will receive friends from 1 to 2 p.m. for one hour prior to the service Saturday. Additionally, a Masonic Lodge Funeral Service will be held at 1:45 p.m. Saturday, led by the Mt. Moriah Masonic Lodge #145.

Share Your Memory of
Griffith
Upload Your Memory View All Memories
Be the first to upload a memory!
Share A Memory