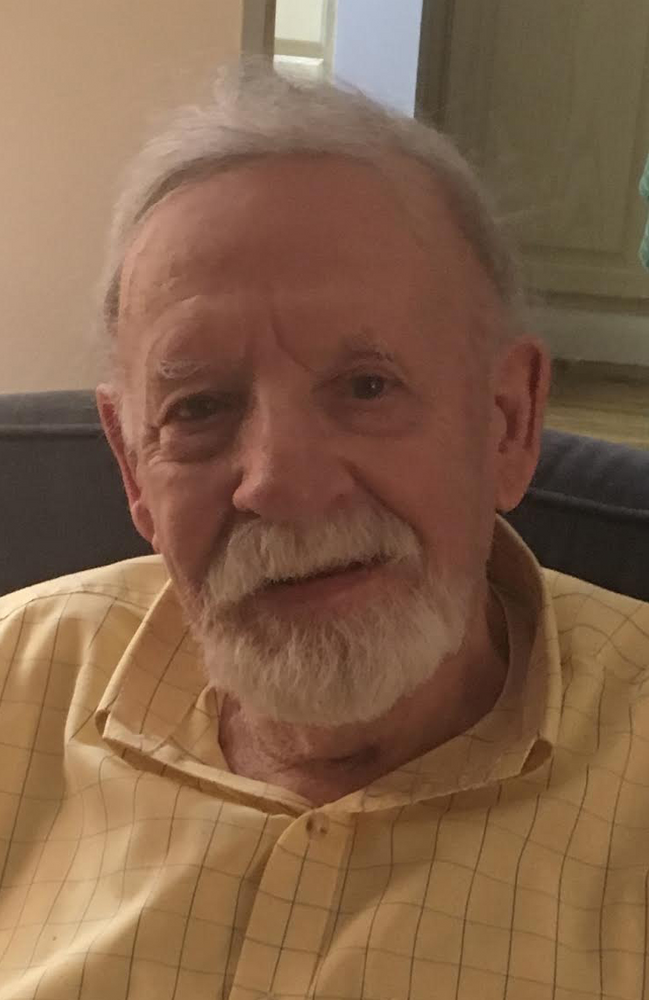 Obituary of Reginald A. Ambrosini

Reginald A. Ambrosini, of Jamestown, NY died on November 19, 2021, at the age of 87. Born to Louis and Carmella Ambrosini, Reginald (Reggie) was born on April 10, 1934, in Jamestown. He attended Jamestown schools and graduated with the class of 1951. Reggie was a member of Christ First United Methodist Church, and down through the years served on many committees. He and his wife Mary Ellen, and his sister Jean and her husband Paul were co-chairpersons of the annual spaghetti dinner at the church for many years. Reggie was a member of Co E, 174th Infantry NY National Guard and in 1954, requested active duty. He was sent to Fort Knox, KY and received basic and advanced infantry training. Reggie was assigned to Fort Bliss, TX, where he was an instructor in the basic training unit. In February of 1954, he received orders to go to Berlin, Germany to serve in the 6th Infantry Regiment. He was in the Drum and Bugle Corp, which included playing at orphanages, and he also served as company mail clerk. Reggie was honorably discharged in February 1957. He returned home and went to work for the Amstan supply division of American Standard. He worked for American Standard for 15 years. In 1972 American Standard closed the Amstan division in Jamestown and he entered JCC and earned an associate's degree in business at the age of 40. After graduation, he went to work for Sans Corporation as manager of the industrial pipe and supply division and later became an estimator for the Sans Division. He left to go to work for Berea Oil and Gas and was responsible for preparing sites for drilling operations. When drilling for gas and oil exploration came to a halt in Chautauqua County, he went to work for Southern Tier Mechanical Corporation, where he returned to doing estimates. It was during this period that he became very active in Habitat for Humanity. Because of his many friends in the plumbing and heating industry, he was able to secure donations of boilers, furnaces, and plumbing items for several homes. Retiring in 1996, he remained very active. He took up watercolor painting and painted many beautiful watercolors, did part time work at a plumbing wholesale company, and was a volunteer at Saint Susan's Kitchen. He enjoyed traveling and took many trips with his children and wife of 61 years. He visited Europe, Hawaii, Alaska, and many other states, he especially loved Colorado. His memberships included the Berlin Veterans Association, Lakewood Rod and Gun, and the Veterans of Foreign War. He was a former member of the War Vets Recreation, and the Chautauqua Lake Yacht Club, where he was active in the Snipe Fleet. Most importantly Reggie was a deeply loving husband, father, grandfather, and uncle who was deeply loved in return. His love extended to all who knew him. Reggie had a wonderful sense of humor, was known for his very big heart and generous spirit which touched many people. He took interest, pride and joy in others achievements whether they were family or people he met on his life's journey. He was beloved by all who knew him. He lived his life recognizing that we are here to help others and whether volunteering or helping out a friend or family member in need, he took this responsibility to heart. Reggie is survived by his wife Mary Ellen, his son Mark of Jamestown, daughter Jacqueline of Brooklyn, NY and daughter Amy (Mark Cardinale) of Parker, Colorado. He has seven grandchildren, Andrew Ambrosini (Jessica), Sherayah Golden (Gary), Micah, Joel and Kira Ambrosini, and Lucas and Sophia Cardinale. He has four great grandchildren, Liam, Zachary and Leina Ambrosini, Arabella Golden and twins expected in February. Reggie was also blessed with many nieces, nephews and cousins who he loved dearly. He was preceded in death by a son Richard Allen, his parents Louis and Carmella Ambrosini, three sisters and their husbands Lydia (Anthony) Guiffrida, Matilda (John) Cusimano, and Jean (Paul) Gollnick. The memorial service will be held at a later date. In lieu of flowers, donations in Reggie's memory can be made to Saint Susan's Kitchen or Christ First United Methodist Church. You may leave words of condolence at www.lindfuneralhome.com.

Share Your Memory of
Reginald
Upload Your Memory View All Memories
Be the first to upload a memory!
Share A Memory