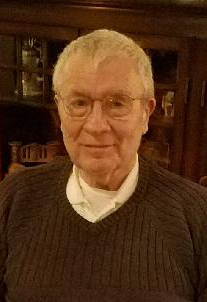 Joseph Gordon Wasko, known by many as Sonny, 85, of Jamestown, passed away Thursday, November 25, 2021 in UPMC Chautauqua. He was born in 1936 in Adena, Ohio, the son of the late Joseph and Verna Wasko. Joe was a graduate of Jamestown High School, enlisted in the Navy, and later worked and retired from Carborundum in Falconer. After high school he had joined the Navy where he trained as a naval aviation electronic technician and was first stationed at NAS Brunswick, Maine. Maine was where he met his wife Patsy on a double date with another sailor. They both realized they were more suited to each other that their dates and ended up dating each other. He was later stationed at NAS Oceana in Virginia Beach, Virginia with an air squadron with which he deployed on the USS Forrestal (CV-59), the first US supercarrier commissioned in 1955 including a North Atlantic cruise on which he crossed into the Arctic Circle in 1957 and a Mediterranean cruise. He and Patsy continued to date, became engaged in July 1958, and married in May 1959. Joe is survived by his wife of 62 years, Patricia Marie Ferland. Also surviving are his children Cindy (Rick) Feura of Sarasota, Florida, Joseph G. Wasko, Jr. of Jamestown, Sandy (Sandy) Wasko of Virginia Beach, Virginia, his sister Joanne (Charlie) Gustafson of Jamestown, and several nieces and nephews. He was preceded in death by his father Joseph Wasko in 1983, his mother Verna in 2010, and his sister Gloria (Ross) Gardner in 2018. He enjoyed watching sports, especially the Buffalo Bills and the New York Yankees, playing cards with his wife and family, repairing and remodeling, hunting, as well as companionship of several dogs over the years. Cremation will be handled by Lind Funeral Home and the family will have a small, private gathering to celebrate his life at a later date.