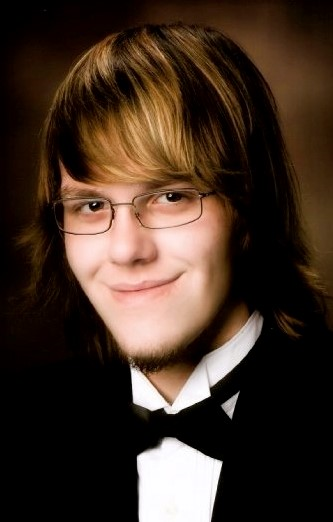 Mason T. Lange, of Jamestown, NY, passed away on Sunday, December 19, 2021, in Jamestown. He was 30 years young. A lifelong area resident, he was born December 20, 1990, in Jamestown, NY, a son of William F. "Bill" Lange and Melissa M. "Missy" Myers. Mason was a graduate of Jamestown High School and Jamestown Community College where he studied Media and the Arts. He had shown interest in music from a very young age. He was fluent in trumpet with which he was awarded the Apollo award while still in middle school. He was also fluent in guitar, with the help of Kev Rowe and many others at the Infinity Visual & Performing Arts Program. He played drums in the Bruce Peterson Blues Project Band and played in many local bands from the Jamestown area. Mason was also extremely talented in all media arts. At the age of 15, he was accepted into the Summer Enrichment Program of Studio Arts for the talented youth. He had his works shown at the Jamestown City Hall, the Prendergast Library, Jamestown High School, and the Labyrinth just to name a few. He has some of his best work still displayed at JCC today. He was at one time a graphic designer for Ink Wells in Jamestown. Surviving are his parents, William "Bill" Lange and Melissa "Missy" Myers of Jamestown, a daughter, Juniper Lange, his "little buddy", Rory Moore, both of Jamestown, a sister, Daisy (Don Bouch) Lange of Rossiter, PA, his maternal grandparents, Jim and Lynne Myers, of Bokeelia, FL, his aunts and uncles, Mark (Tami) Myers, Marla (Jay) Myers, Bonnie (Art) Sweatman, Nancy Lange, James (Nancy) Lange, a nephew, Austin Bouch and numerous cousins including Jeffrey Carlson to whom he was very close. He was preceded in death by his paternal grandparents, Delmar and Gertrude Lange, a sister, Elizabeth "Libby" Lange, two aunts, Debbie Lange, and Shirley Lange, and a cousin, Matthew Olson. Friends will be received from 4-6 pm Monday, December 27, 2021, in the Lind Funeral Home, followed by an hour of remembrance. His parents would like to share the following statement: If you are lucky enough to NOT understand addiction, and have the pleasure of casting judgement, then good for you. We hope you never have to. We hope you never see someone that you love disappear before your eyes, while standing right in front of you. We hope you never experience laying awake all night praying that the phone doesn't ring yet hoping it does at the same time. We hope you never know the feeling of doing everything you thought was right and still watch everything go wrong. To watch your own child, fight a raging war inside his own mind every moment of everyday. We hope your child doesn't feel unwanted or unworthy. To NEED something that they know is destroying them and will do anything for it. To give away everything and everyone that is most precious to them. To have NO answers and NO hope. We hope you never have to LOVE an addict. This was an unnecessary death. Have hope. Give hope, and most importantly seek help. Memorials may be made to the Infinity Visual and Performing Arts Program, 310 East 2nd St. Lynn Building, Suite 101, Jamestown, NY 14701.

Share Your Memory of
Mason
Upload Your Memory View All Memories
Be the first to upload a memory!
Share A Memory