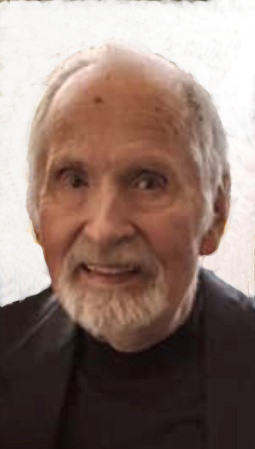 John Y. Carlson, 92, formerly of Jamestown, NY, passed away on Monday, December 20, 2021, in the home of his daughter Susan in West Seneca, NY. A lifelong area resident, he was born February 13, 1929, in Jamestown, NY, a son of the late John Y. and Emily Stornes Carlson. John was a 1947 graduate of Jamestown High School and received his Bachelor of Science degree in Elementary Education from Fredonia State in 1953. He continued his education and earned his Master of Arts degree in Educational Administration from Columbia University in 1957. He also completed post M.A. courses through Fredonia State, St. Bonaventure University and University of Buffalo. He was a veteran of the U. S. Army serving from 1953-1955. During his enlistment, he served in the U.S. Army Counterintelligence Corp. in Baltimore, MD and Tokyo, Japan. John began his teaching career in 1955 as an elementary teacher at the former East Jamestown School and Love Elementary School. In 1959 he served as an Assistant Professor at Buffalo State College until 1961 when he returned to Jamestown and became the Principal of Fletcher Elementary School, a position he held until 1966. He then became Principal of C.C. Ring Elementary School, for 24 years, until his retirement in 1990. Over 1500 students knew him as their Principal at Ring School. Following his retirement, he was a field supervisor of student teachers through Fredonia State from 1993- 2000. During his long career in education he was also an instructor of the intensified teacher training program at Buffalo State, a demonstration teacher at Buffalo State, and taught paraprofessional classes for teacher's aides at Jamestown Community College. He also authored educational articles in several professional publications. He was a member and past President of the Jamestown Principals Association, past President of the Chautauqua County Administrators Association, past member of the Chautauqua County Elementary Principals Association and past member of the State Association of Administrators of New York State. As an active politician in Chautauqua County, he served on the Jamestown City Council from 1970-1979, serving as Council President from 1974-1979, and serving on numerous boards and commissions for the city including the Jamestown Downtown Development Corporation, and the Jamestown Human Rights Commission. He served as a Chautauqua County legislator from 1980 to 1993, serving on the personnel and governmental affairs committee, judicial and public safety committee, southern tier expressway task force, economic development zone task force, the ethics committee, co-organizer and advisor for High School interns in county government and numerous other committees for the county. John's past memberships included, past President of the Jamestown Optimist Club, past member, moderator and trustee of the First Congregational United Church of Christ, was the coordinator for the children's reception for the King of Sweden's visit in 1976, was the manager of teams in the Jamestown Little League and Jamestown Babe Ruth Baseball League, played semi-pro baseball for the Jamestown Bombers, a member of the Jamestown Area Old Timers Baseball Association, the Lakewood Rod & Gun Club and the War Vets Recreation Club. During his time at Fredonia State he lettered in baseball and basketball, was senior class President and was inducted into the Fredonia State Athletic Hall of Fame in 1994. He was a life member of the Jamestown and National PTA, a recipient of the Jamestown Teachers Community Service Award in 1980, was named outstanding Executive of the Year by the Secretaries Association of Jamestown in 1988. The auditorium at C.C. Ring School was dedicated to him upon his retirement in June of 1990. He will be remembered as a loving, caring, and proud father and grandfather who enjoyed reading, golf, traveling, doing yard work around his home, exercising and spending time with his family. Surviving is his son, John S. Carlson of Wexford, PA, his daughter, Susan Carlson Scott, with whom he made this home, two grandsons, J. Christopher (Emily Molleur) Carlson of Washington, DC, Stephen P. Carlson of Cleveland, OH, a nephew, Rick Sward of VA and a niece, Ronnie Sward Casey of MD. Besides his parents, he was preceded in death by his wife of 61 years, the former Nancy Sward Carlson whom he married June 20, 1953, and who died September 21, 2014. Due to recent Covid-19 concerns, services for Mr. Carlson will be held at a later date to be announced by the Lind Funeral Home. Inurnment will be in the Sunset Hill Cemetery. In lieu of flowers, memorials may be made to the Diamonds in the Ruff Animal Rescue, P.O. Box 332, Lockport, NY 14095, Hospice Buffalo, 225 Como Park Blvd, Cheektowaga, NY 14227-1480 or to the Arthritis Foundation, Upstate New York Chapter, 3300 Monroe Ave. Suite 319, Rochester, NY 14618.