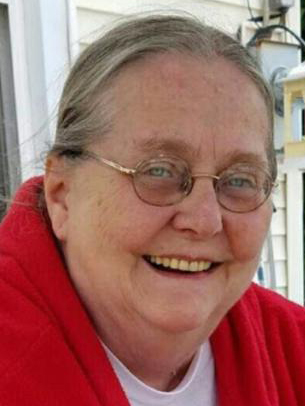 MaryLou Rodgers, 75, of 190 Barrett Ave., died Friday, December 31, 2021 at UPMC Chautauqua, surrounded by her loving family. She was born June 5, 1946 in Warren, Pa., a daughter of the late Russell and Daisy Knapp Hansen. MaryLou worked for 30 years in retail sales at the former Jamesway, Hills and Ames department stores. For another 12 years she was employed by TLC Cleaning and Dust to Dazzle. An avid reader, she had read thousands of books. MaryLou was also an animal lover, especially cats and dogs, who more than anything loved time with her family and friends. Surviving is her daughter, Marcy (Mark) Fanale of Jamestown and son, Charles (Deborah) Rodgers, III of Oak Harbor, WA; three grandchildren: Mackenzie Rodgers and Katelyn Rodgers, both of Buffalo, and Hayden Rodgers-Olsen of Jamestown; two step grandchildren: Kiela Thompson and Jade Indelicato of Jamestown; stepdaughter, Lindsey Thompson of Erie, Pa.; sister, Gloria (Eugene) Lattin of Derrick City, Pa.; and daughter-in-law, Cynthia Rodgers of Falconer. Besides her parents, MaryLou was preceded in death by her husband, Charles Rodgers, Jr., whom she married in 1965 and who died in 1998; a brother, Richard Hansen; and step grandson, Rylunn Thompson. The funeral will be held at 2 p.m. Saturday, January 8th in the Lind Funeral Home. Pastor Kevin Hadley of the Niobe Baptist Church will officiate. Burial will be in Foster Cemetery, Lander, Pa. Friends will be received from 1 to 2 p.m. Saturday, for one hour prior to the service in the funeral home.

Share Your Memory of
MaryLou
Upload Your Memory View All Memories
Be the first to upload a memory!
Share A Memory