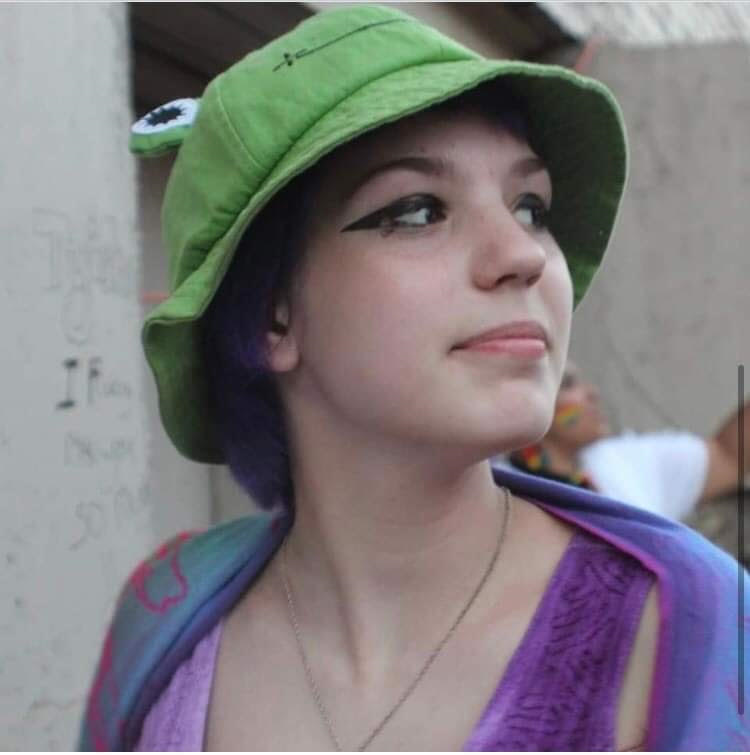 Alexis C. "Lex/Lexy" Hughan, 15, of 121 William Street, left this world Friday, December 31, 2021, in Jamestown, NY. She was born, January 27, 2006, in Dunkirk, NY, a daughter of Jeffrey Hughan and Sara Rafaloski. A 10th grade student at Jamestown High School, Lex was a talented artist, musician, actor, and dancer. Her artistic abilities were developed and nurtured during her time as a student at Infinity Visual and Performing Arts beginning when she was 3 years old! She began her artistic journey with piano and danced her way through a variety of instruments, dance classes, and was currently studying art. Lex was a performing artist, gracing many stages throughout Erie, PA and Chautauqua County acting, singing, and dancing in theatrical productions, concerts, and working shows with her mother. Not only did she grow as a student, but Lex was an intern at Infinity as well. She assisted with "Bunny Bop" dance classes and quickly became a beloved mentor to many younger students. In addition to Infinity, Lex played ukulele and sang in a band, "Thee UkaLadz". Lex not only was an artist but she was the first to support her friends' artistic talents as well, always encouraging them along the way. Lex was also an incredible babysitter! She took care of all those around her with a first aid kit always nearby. Lex was always prepared to lend a hand. She was known for her love of animals and aspired to be a kindergarten teacher one day. Lex also planned to have children of her own. She will be remembered for her love, loyalty, compassion, kind and adventurous spirit, and for telling her dad, "I love you to the moon and back." She is survived by her mother Sara (Carrie, Tyler Snow) Rafaloski of Jamestown; father and "bonus mom" Jeffrey (Jessica Martin) Hughan; siblings Jeramiah, Zacariah, Isaiah, Treasurely and Odin Snow; grandparents Natalie and Alan Christoph of Erie and Sherry Hughan of Jamestown; great grandfather Charles Lattanzi of Erie; Aunts and Uncles Robert (Luanna) Hughan, Nathaniel (Marissa) Hughan, Becca Ghisoiu (Uncle Klye), Tracy Spalla, and Karle Christoph, with whom she had a special connection; cousins Wyatt, Ashlynne, Piper, Bridget, Kora, Christian, and Lucian; her 7 cats Dema, Danger Noodle, Stormy, Putin, Koshka, Rampage Jackson, Michka, her bunny Mallo; several friends, and her very special eclectic group of "besties" including Siera "Leo/Louie" Allison of Jamestown. She was preceded in death by grandparents Robert Hughan, Gary Rafaloski, Pam Rafaloski; and aunt, Stephanie Lassman. Lex was a vibrant soul who expressed herself through color, and creative clothing and hair styles, so an "emo-hippie" memorial service will be held on Saturday, January 8, at First Covenant Church. Friends will be received beginning at 11:00am, Rev. Adam Rohler will officiate a service at 1:00pm. A celebration of Lex's life will follow at The Spire Theater's Odyssey Hall. In lieu of flowers memorials may be made to Infinity Visual and Performing Arts, 301 East Second Street, Jamestown, NY 14701, or Evergreen Health, 408 West 5th Street, Jamestown, NY 14701. You may leave words of condolence at www.lindfuneralhome.com.

Share Your Memory of
Alexis
Upload Your Memory View All Memories
Be the first to upload a memory!
Share A Memory