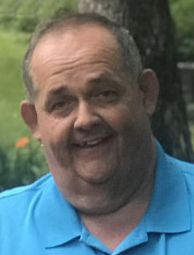 Robert H. Gerring, 62, of 5068 Brown Hill Road, Bemus Point, went to be with God early Sunday morning, January 2, 2022, at UPMC Chautauqua. He was born August 3, 1959, in Jamestown, the son of the late Harold and Edith Swan Gerring. A 1977 graduate of Maple Grove Jr.-Sr. High School, Bob attended Jamestown Community College and SUNY Fredonia. He had a long career as an industrial electronics salesman including employment by Warren Radio Company in Jamestown and Erie, Pa. The lifelong resident of Bemus Point was devoted to his pets and enjoyed swimming, walking, and tracking the weather. He took joy in maintaining their farmette on his John Deere tractor. Known to his grandkids as "Choo Choo Grandpa", Bob built model railroads and studied railroad technology. Bob held a working knowledge of automobile mechanics, electrical wiring, construction, and computers. His compassion and understanding of people were evident to friends of all ages. He believed in God's mercy and grace, and his Christian faith was important to him. In 2021 he celebrated 40 years of marriage (3/28/81) to his wife, Meridith Robinson Gerring, with whom he raised four children: Michele Gerring, Ph.D., of Jamestown; Nicole Gerring, Ph.D., (Nathaniel Jachim) of Dearborn, MI; Robert (Kristen) Gerring, M.D. of Jupiter, FL; and Stephen (Jessica) Gerring, Esq., of Kirkwood, MO. Also surviving are five grandchildren: Thomas and Charlotte Gerring, Georgia and Frederick Gerring, and Henry Jachim; a sister, Shirley (Jim) Pillar of Russell, PA; and two nephews, Douglas and Craig Lindquist. Besides his parents, Bob was preceded in death by a sister, Sandra Lindquist. The funeral will be held at 11 a.m. Saturday in the Lind Funeral Home. The Rev. Mike Childs will officiate. The burial will be in Bemus Point Cemetery. Friends will be received from 10 to 11 a.m. Saturday, for one hour prior to the service in the funeral home. The family suggests that memorials be made to the American Diabetes Association or to the Chautauqua Hometown Heroes Veterans Memorial.