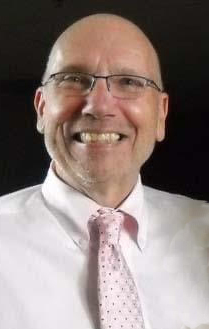 Daniel A. Johnson, 73, of Jamestown, NY, went to be with his parents and the Lord on January 9, 2022. Dan passed peacefully at the Dunkirk Rehabilitation and Nursing Center, following an extended illness. Dan was born on January 7, 1949, in Jamestown, NY, the son of Arthur C. and Pauline Swanson Johnson. Dan exemplified humility and grace. He chose every day to serve others and was an extraordinary son, brother, husband, father, and grandfather who touched many lives with his honest and unassuming manner. He was a graduate of Jamestown High School in 1967. He obtained an associate degree from Jamestown Community College and bachelor's degree in Physical Therapy from the University of Buffalo, where he received the Verona J. Blair Memorial Award in 1976. Prior to returning to Jamestown to start a new job and help care for his ailing father, he was employed as a physical therapist at Millard Fillmore Hospital in Buffalo, New York. In 1984, he published an article entitled, The Use of Electrical Stimulation in the Treatment of Chondromalacial Patella, published in the Physical Therapy Journal of Clinical Management. He was a long-standing member of the American Physical Therapy Association. A consummate healthcare professional, Dan dedicated his entire career to healing, educating, and mentoring others. He retired in June of 2018 from UPMC Chautauqua (formerly WCA Hospital), as the Director of Rehabilitation Services after more than 40 years of devoted service. A decorated U.S. Marine Corps Veteran serving from 1969 to 1971. Dan cared deeply about his country, receiving the national defense service medal, rifle marksmanship badge, and good conduct medal during his years of service to his country. A man of faith, Dan was baptized and confirmed at the former Immanuel Lutheran Church. He was a member at Bethel Lutheran Church where his mother had worked as a church secretary for many years. He served on the church council of Bethel before joining the Tree of Life. More recently, Dan was a member of St. Luke's Episcopal Church connecting with the parish's online services. Dan received the JCC Alumnus Award in 1990, an award given to those who have typified the college's tradition of excellence and brought credit to the college through personal accomplishments, professional achievement, or humanitarian service. He served on the board of the Chautauqua Region Multiple Sclerosis Society. He was an active member of the Lakewood Rod & Gun Club and War Veterans Recreation on Fluvanna Avenue where his sisters and their families gathered often for Friday night dinner and laughs. He was an avid golfer and member of South Hills Country Club. He enjoyed immensely the club's annual member-guest tournament that he attended with his life-long, best friend, Dennis Spitz. Dan is survived by his wife of 18 years, Linda Johnson, two sisters, Gloria (Chuck) Lombardo of Jamestown, Sandra (Chuck) Dole of Jamestown; two sons, Michael Johnson Morganti, and Matthew Carl (Michelle) Johnson of Chicago, Illinois; two stepdaughters, Melissa Ann Paduano of Jamestown, Ericka Leigh (Stefan) Alm of Jamestown; and four grandchildren, Nolah Caelynn Blue Hamilton, London Alessandra Sky Hamilton, Henrik Stefan Alm, and Harper Louise Alm. Also surviving are many nieces and nephews whom Dan shared many good moments over his lifetime. He was preceded to heaven by his parents, Arthur and Pauline and his aunt, Marion Swanson. The funeral will be held at 11 am Friday, January 14, 2022, at St. Luke's Episcopal Church, 410 North Main Street, Jamestown, NY. The Rev. Luke Fodor, rector will officiate. A graveside service with military honors will be held following the church service at Lakeview Cemetery Veteran's Grove. Friends will be received from 2-4 & 6-8 pm Thursday, January 13, 2022, in the Lind Funeral Home where masks ae required. The family would like to extend special gratitude and thanks to the staff at the Dunkirk Rehabilitation and Nursing Center, and Alissa Robbins and Compassionate Care for their amazing care of Dan during his illness. Memorials gifts may be made to the Daniel A. Johnson Memorial Scholarship endowed through the WCA Foundation, Inc., P.O. Box 840, Jamestown, NY 14702-0840, or to a memorial of one's choice.