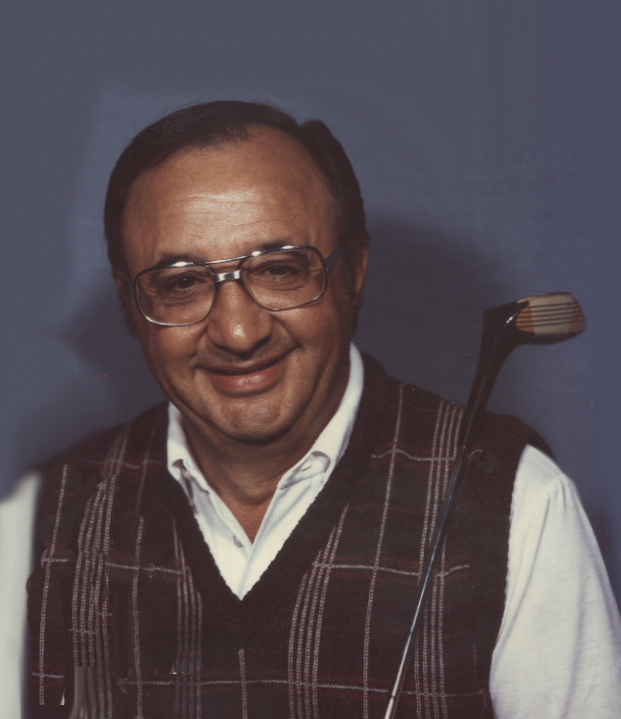 Salvatore C. "Sam" Greco, 92, of 277 Ivy Street, passed away peacefully Sunday, January 16, 2022, of natural causes in UPMC Chautauqua, surrounded by his family. A lifelong resident of Jamestown, he was born on the 4th of July, 1929 in Buffalo, a son of Joseph and Caroline Schifano Greco. At an early age, Sam entered the work force to help provide for his family during the war era. He married his beloved wife Frances on August 12th, 1950. Sam will be remembered as a hard working, devoted, and loving husband, father, and grandfather, and a dear and loyal friend to many people in the community. He was employed by Amsco-Exel as a lead-man for over 35 years and later worked for Jamestown Distributing as a local salesman. Sam was a communicant of St. James Catholic Church. His memberships included the Moose Club and the Lakewood Rod and Gun Club. Sam was an avid golfer and a 25-year member of Moon Brook Country Club. Decades beyond that, Sam, Fran and their friends, the Constantinos, Mistrettas, Ericksons, LaBarbaras, Ecklunds, Clarks, and many more, lived their lives to the fullest. Golf outings were followed by dinner parties, card games, special occasions, and family celebrations. Surviving are his wife of 71 years, Frances Brigiotta Greco; three sons Frank (Kim) Greco of Falconer, Daniel (Carol) Greco of Jamestown, and Steven Greco of Jamestown; six grandchildren, Frank Greco Jr., Michael Carlson, Daniel J. Greco, Michelle Giles, and Megan and Hillary Heath; seven great grandchildren, and two sisters, Mickey Pappalardo and Gertrude Melice, both of Jamestown. Besides his parents, he was preceded in death by his sister Michelina Greco a brother Frank Greco and his daughter in law Virginia (Steven) Greco. A mass of the Christian Burial will be celebrated at 10:00 a.m. this Friday in St. James Catholic Church. Visitation will not be observed. Memorials may be made to the Chautauqua County Humane Society or St. James Church. You may leave words of condolence at lindfuneralhome.com.

Share Your Memory of
Sam
Upload Your Memory View All Memories
Be the first to upload a memory!
Share A Memory