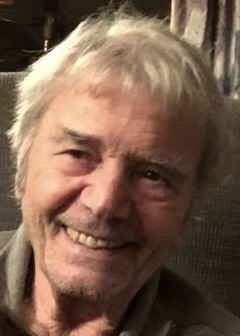 Antonio Leandro Galbier, 91, of Jamestown, died peacefully, surrounded by family on Sunday, January 16th. He was born on December 8, 1930, in Verona, Italy, the son of the late Rodolfo and Angela Galbier. Antonio grew up in Oppeano, a small village in the Veneto region of Italy. While in school, he excelled in his studies, particularly mathematics and drawing. He was also an avid soccer player. When he turned 18, he served two years in the military, being stationed in Sicily. In 1954, he married his childhood sweetheart Luigina Galbier and immigrated to the United States. They settled in Jamestown to work and raise a family. He began his career in carpentry working for Lucian Conti. Antonio eventually left and went into a partnership with Matt Moretti as the M&T Builders. When Matt moved on to work for the post office, Antonio established himself as a self-employed building contractor, building and remodeling homes in Jamestown and the surrounding area. He was very gifted. His designs were modern, innovative and artistic. His homes included beautiful custom-built cabinetry, tiled floors and hardwood. In addition to building homes, he enjoyed painting, drawing, carving and wood burning. But most of all, he enjoyed family life. Sundays and holidays were always special beginning with church which would be followed by family picnics and gatherings, trips to Niagara Falls, or a day on Chautauqua Lake. Antonio is survived by his four children, Marisa (Roger) Cazden of Greensburg, PA, Teresa (James Brown) Galbier of Rochester, Gianni (Linda) Galbier of Rochester, and Rodolfo (Joanne) Galbier of Jamestown; ten grandchildren, Cassandra (Leo) Galbier of Warren, PA, Gina Cazden of Portland, O., Jesse Cazden of Greensburg, PA, Gianna (Peter) Hilton of Lyons, N.Y., Christina Stewart of Rochester, Lucas Galbier of Kernersville, N.C., Nicolas Galbier of Buffalo, Alex (Erin) Galbier of Wasilla, Alaska, Antonio (Lynette) Galbier of Jamestown, and Alaina (Zach) Hailey of Tualatin, O.; Five great grandchildren, Roland, Piper, Giavanna, Cecilia and Zennith. He also leaves behind his sweet little kitty Lucy. He is also survived by his sister-in-law Gayle (McIntyre) Galbier of Jamestown, and many nieces and nephews, some of whom reside in Italy. The family wishes to thank three special ladies who cared for him over the last few years, Sally, Peggy, and Connie. Antonio, the patriarch of our vibrant and passionate family will be missed dearly. He takes a little bit of each of our hearts with him. In addition to his parents, Antonio was preceded in death by his beloved wife of 49 years, Luigina, two brothers and sisters-in-law Luigino (Gemma) and Giovanni (Giuseppina) Galbier of Verona, Italy, his brother-in-law and best friend Antonio G. Galbier of Jamestown, in-laws Rosetta and Joseph Campanella of Jamestown, and nephew Phillip Campanella. Services and interment will be private. Arrangements are being handled by The Lind funeral Home, Jamestown, New York.

Share Your Memory of
Antonio
Upload Your Memory View All Memories
Be the first to upload a memory!
Share A Memory