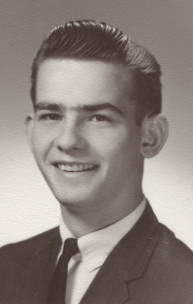 Bradley J. Zimmer, 76, of 64 Elmwood Avenue WE, Jamestown, died Thursday January 27, 2022, in his home. He was born December 14, 1945, in Jamestown, a son of the late Oscar and Dorothy Scott Zimmer. He was a graduate of Jamestown Community College. Prior to his retirement he was employed by the Jamestown Board of Public Utilities as a lineman. He also owned and operated Evans Skateland West in Erie and DJs Unlimited. He was a member of Lakewood Rod and Gun Club, Lakewood American Legion, Moose and Elks Lodges. An avid and accomplished roller skater, Brad was a national champion. For his efforts he was inducted into the Chautauqua Sports Hall of Fame. Surviving are two children Nikki (Gary Ebach) Heverley of Erie and Marc (Kim) Zimmer of Fort Lauderdale, FL; three grandchildren Jacob (Rebekah Eberle) Zimmer of Kansas, Jesse Zimmer of Erie, Ashley (Greg Little) Rininger of Erie; great grandchildren Bradley Greco and Kayleemae Little and a sister in law Judy Widrig of Warren, PA. Besides his parents he was preceded in death by his wife Patricia Widrig Zimmer, who died January 28, 2019; a brother Russell Zimmer and a sister Barbara Cusimano. Friends will be received from 2-4 pm Tuesday in the Lind Funeral Home. At 4 pm a brief service will be held. Masks must be worn regardless of vaccination status. You may leave words of condolence at www.lindfuneralhome.com.

Share Your Memory of
Bradley
Upload Your Memory View All Memories
Be the first to upload a memory!
Share A Memory