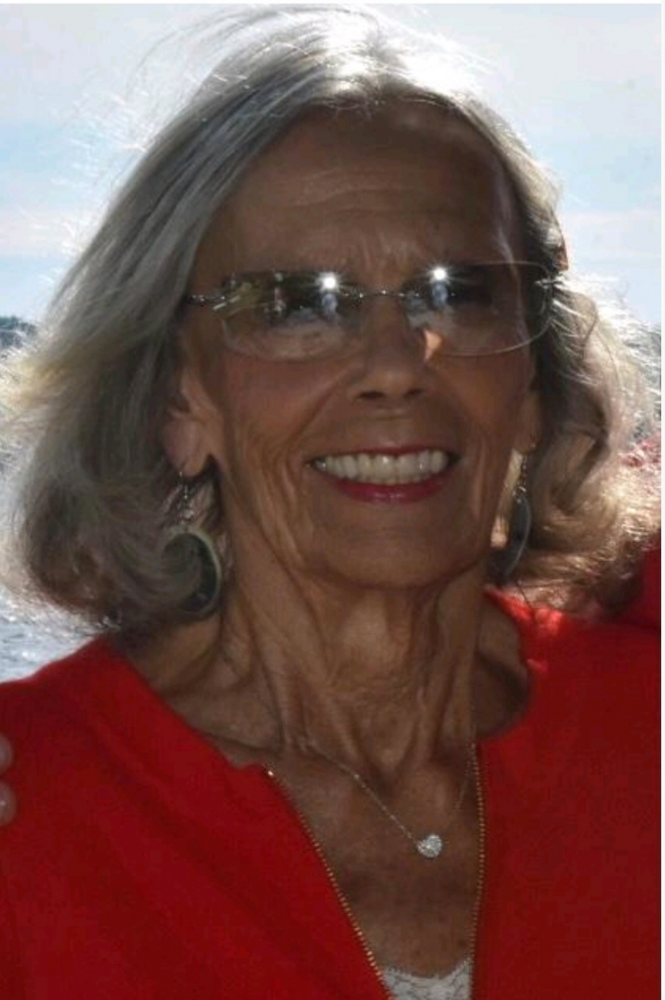 Obituary of Deborah A. Andersen

Deborah A. Andersen, 73, of Bemus Point, NY, passed away on January 24, 2022. A lifelong area resident, she was born March 19, 1948, in Jamestown, NY, a daughter of the late Robert H. and Mary Ann Riley Benson. She was a 1966 graduate of Jamestown High School and attended both Ball State University and Jamestown Community College. Debbie's love story began in 1968, at The Pub in Jamestown NY, where she met a handsome young soldier, Harold Andersen, on leave from Vietnam. They married on October 30, 1968 before he returned. After his tour was over, they relocated to Anderson, Indiana where they raised three children and made some dear lifelong friends. In 1980 they relocated to Jamestown and eventually Bemus Point, NY. They were married 39 years up until Harold's death in May 24, 2007. Debbie and Harold had three children together and three grandchildren. Together they owned Phoenix Metal Fabricating in Jamestown. Debbie also co-owned Angel and Earth gift shop in Bemus Point Debbie enjoyed summers with the family, spending time at Chautauqua Institution and boating on Chautauqua Lake. She spent winters in Longboat Key, enjoying walking on the beach with Harold, painting and dining out with friends. Many winter weekends were spent at Holiday Valley and the Ellicottville Ski Club and summers at Moon Brook Country Club. Debbie loved traveling with Harold to NYC for art openings and Broadway shows and their yearly trips to Maine. Debbie was an accomplished watercolorist and sold her works in galleries and stores in Chautauqua County. Debbie studied watercolor under Anne Abbott and cherished her time painting in Florida with her painting group. Debbie created beautiful gardens at all her homes. She delighted in spending time with her grandsons, Riley, Andrew and Logan and petting her grand dogs, Widget and Lottie. Surviving are her children; Kelley E. Andersen (Bernhard) Auer of Bemus Point, NY, Thomas R. Andersen of Buffalo, NY, Candace L. Andersen (Chris) Frost of Portland, OR, three grandchildren; Riley J. Auer, Andrew A. Auer both of Bemus Point, NY, Logan T. Frost of Portland, OR, two brothers; Thomas P. (Suzette) Benson and Robert M. Benson both of Jamestown, NY, as well as several nieces and nephews. Debbie was a lifelong maker and supporter of the Arts. In honor of Debbie and Harold's love for each other and love of the Arts we are asking that memorial donations be made to Chautauqua Region Community Foundation c/o Harold and Debbie Andersen Memorial Fund for Visual and Performing Arts in their honor, 418 Spring St, Jamestown, NY 14701, or online at www.crcfonline.org. Memorial donations can also be made to Roger Tory Peterson Institute, 311 Curtis St. Jamestown, NY 14701 or Chautauqua County Humane Society , 2825 Strunk Rd. Jamestown, NY 14701. Debbie and Harold will be interred together in the Andersen family plot at Lakeview Cemetery directly across from the home they shared for decades on Towner Avenue in Jamestown, NY. A Celebration of Life will be held at The Lawson Center, 73 Lakeside Drive, Bemus Point, NY, on Sunday May 29th, 2022 from 4pm – 7pm.

Share Your Memory of
Deborah
Upload Your Memory View All Memories
Be the first to upload a memory!
Share A Memory