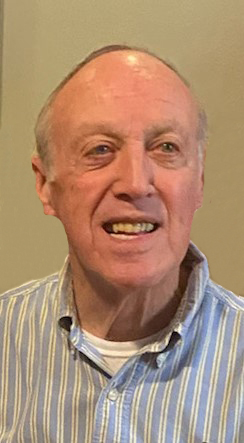 Paul R. "Tink", "Sonny", Genco, 84, of Jamestown, NY, has joined our heavenly father on February 8, 2022, at the home of his daughter with his loving family around him. An area resident for most of his life, Paul was born June 5, 1937, in Jamestown, NY, a son of the late Samuel R. and Teresa Guanieri Genco. He attended Jamestown Public Schools. In his early years, Paul worked at his father's flower shop in Corry, PA. He then moved into the field of metal and manufacturing working at AJAX Iron Works in Corry, PA and later for Jamestown Iron Works. He later worked for Cummins Engine Company for over 20 years until his retirement. Tink loved his horses, and his favorite past time was visiting the OTB office. Following his retirement, he loved traveling with his late wife Sandy and his friends. Surviving are his six children, Terry Carlson, Paula (Bob) Verga, Paul (Denise) Genco, Jr, Cathy Genco-Hearburg, Michael (Ly) Genco, Annie (David) Carlson, thirteen grandchildren, Ryan, Michelle, Amy, Ashley, Thi Ly, Michael, Meagan, Alexis, Lauren, Corey, Erik, Tommy, and Katelyn, and seven great grandchildren, Alexandra, Adriana, Little Michael, Matthew, Sophie, Sara, and Evelynn, his two brothers, Joseph Genco, Sam (Teri) Genco, and his sisters, Rosalie Rappaport and Janice (Tim) Miller. Besides his parents, he was preceded in death by his loving wife of 64 years, Santina A. "Sandy" Franchina Genco whom he married July 3, 1956, and who died February 18, 2021, a sister, Phyllis Abbott, two stepdaughters, Gloria and Donna, a grandson, Michael A. Genco, a granddaughter, Alexis Genco and step-grandson, Tommy. Friends will be received from 10 am to 12 pm (Noon) on Friday, February 11, 2022, in the Lind Funeral Home where a private family service will be held. Burial will be in the Sunset Hill Cemetery. Memorials may be made to the Paul Genco Memorial Bench Fund at www.gofundme.com