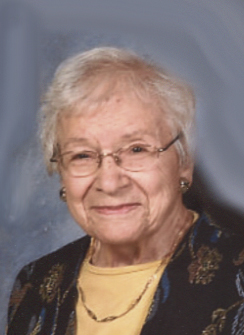 Laura S Capizzi, 103, passed away peacefully, Saturday, February 12, 2022, in Heritage Park Rehab and Skilled Nursing. She was born February 9, 1919, in Marianopoli, Sicily, a daughter of John and Mary Anne LaPorto DeMarco. Coming to America as a child, she was a 1938 graduate of Jamestown High School. She was a communicant of Saint James Catholic Church and a member of its Altar and Rosary Society. She was a devoted homemaker who loved to cook and bake. The family extends special thanks to the staff of Heritage Park for the great care they provided to Laura. Surviving is her son Vincent (JoAnne) Capizzi of Jamestown; daughter JoTina (Al) Boutelle of Frewsburg; grandsons Vinny and John Capizzi, Kurtis Boutelle and Christopher (Madeline) Boutelle; a great grandchild due in August and several nieces and nephews, great nieces and nephews, and great-great nieces and nephews. She was preceded in death by her husband of 72 years, Vincent Capizzi whom she married in June of 1941 and who died August 18, 2013; an infant brother Calogero DeMarco; a brother and sister in law Charles and Mary DeMarco; sister and brother-in-law Connie and Joe Albano; a nephew John DeMarco and cousins Anthony and Charles DeMarco. A Mass of Christian Burial will be celebrated at 10 AM Friday in St. James Catholic Church. Entombment will be in Holy Sepulchre Mausoleum. Friends will be received from 4 to 7 PM Thursday in the Lind Funeral Home, where a Christian Wake Service will be led at 3:45 p.m. Thursday. Memorials may be made to a charity of choice. You may leave words of condolences at www.lindfuneralhome.com

Share Your Memory of
Laura
Upload Your Memory View All Memories
Be the first to upload a memory!
Share A Memory