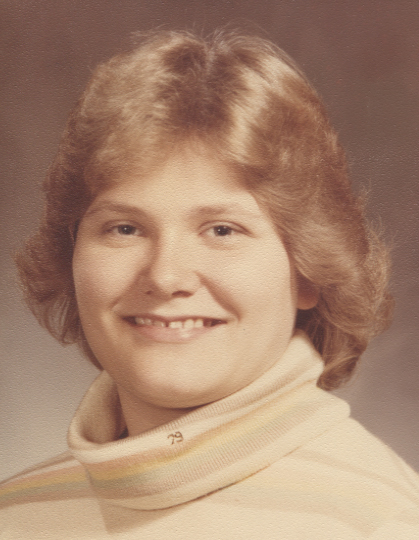 Kathleen S. Riley, of 105 Beechview Ave., Jamestown, NY died unexpectedly Sunday morning, February 13, 2022 at her sister's home. Kathy was born October 30, 1961 at WCA Hospital in Jamestown, #4 as she referred to herself, to Donald and Nola (Summerville) Riley. She leaves behind her mother, Nola K. Riley of Jamestown; her dog Shelby; her siblings and their spouses: Laura & Richard Seaholm, Michael & Brenda Riley, Rick & Tami Riley, and John & Jenni Riley; her nieces and nephews who were all very special to her: Richie Seaholm, Melissa Sutherland, Ian Riley, Noah Riley, Sarah Seaholm, Ben Riley, and Anna Riley. She is also survived by our aunt Peggy Summerville and our Riley and Summerville cousins whom we grew up with in Clarion, Pennsylvania. Those memories were always close to Kathy's heart. Additionally, Kathy is survived by many friends in Jamestown, Washington, D.C., and all over the country that meant the world to her. Her father, Don Riley, and her uncles, William J. Summerville, and C. Dean Summerville preceded Kathy in death, as well as many Riley and Summerville aunts, uncles, and cousins. Kathy was employed as a MAC D Engineer Cisco Networking with Presidio for World Bank in Washington, D.C. She was very proud of her work at World Bank and had previously worked and lived in Washington, D.C. for 25 years. Kathy was a type I Diabetic and Ovarian Cancer survivor. In lieu of flowers, please make donations to Juvenile Diabetes Association or to Ovarian Cancer research. Kathy grew up in Jamestown and was a graduate of Jamestown High School, Class of 1979, graduate of Jamestown Community College, graduate of Cornell University, Class of 1983, and a graduate of The Johns Hopkins University, Class of 1997 with an MS in Environmental Science and Policy. Kathy went on to study Cisco Networking, Studies in Modern American Spiritualism, and then earned the Licentiate Minister of the National Spiritualist Association of Churches in 2015. When Kathy returned to live in Jamestown in 2016, she joined the Lily Dale Spiritualism and was actively involved in their ministry. Unsure of herself until she found Spiritualism, Kathy acknowledges the growth and healing that have come into her life from Source, from Spirit, that which many call God. She was very grateful for the blessings of Infinite Spirit, of God, and knows, thanks to Spiritualism, that life is continuous and eternal, with Love and Service its reasons. Kathy's kindness extended to all she met but was never more evident than the love and care she provided to our mother over the past 5 years. Thanks, Kathy, you made Mom very happy, and you will be missed beyond words. To all my Family and Friends, "See you all in the next world". A memorial service will be held at 1 p.m. Sunday, February 20th in the Lind Funeral Home. Friends will be received from 12 noon to 1 p.m. Sunday, for one hour prior to the service.

Share Your Memory of
Kathleen
Upload Your Memory View All Memories
Be the first to upload a memory!
Share A Memory