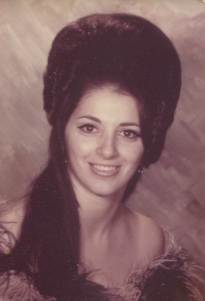 Obituary of Cynthia A. Young

Cynthia A. Young, 73, formerly of 142 Hallock Street, passed away Wednesday, February 23, 2022 at the Lutheran Home & Rehabilitation Center. She was born July 2, 1948 in Jamestown and was the daughter of the late Joseph W. Camarata and Josephine Saldi Von Volen. Her family moved to California in her teens where she completed her education at South Gate High School, and later attended cosmetology school. She worked as a beautician in California for several years before becoming co-owner of Cynthia Young Interiors. Returning to Jamestown in 1980, Cindy worked as a receptionist at Towne Barbers and also in interior window dressing design. She was a Mary Kay consultant for many years, along with being a YWCA board member and March of Dimes volunteer. In 1991, she was given the opportunity to do the makeup for Hillary Clinton, Tipper Gore and Katie Couric for their visit to Chautauqua Institution. Cindy was a lifelong advocate for animals and adored the company of many pets over the years. She enjoyed sewing and made several homemade Halloween costumes for her kids and grandkids. She also really enjoyed cooking and making her homemade spaghetti sauce. Cindy enjoyed travel, cruises and attending concerts, but her greatest joy was being an ardent Elvis fan, having met him and cut his hair. Additionally, she managed an Elvis tribute band for several years. Surviving is her son, Aaron Young of Jamestown and daughter, Lori Stearns (Matthew) of Lakewood; two grandchildren, Logan Stearns and Cameron Young, both of Jamestown; and a sister, Valerie Von Volen Nelson (Jeff) of Lebanon, PA and brother, Robert Von Volen (Jane) of Jamestown. In addition to her parents, she was preceded in death by her stepmother, Phyllis Camarata, and a brother, Joseph R. Camarata. The funeral will be held at 12:00 noon on Tuesday, March 1st in the Lind Funeral Home. Rev. Ronald Lemon will officiate. Burial will be in Sunset Hill Cemetery. Friends will be received for two hours prior to the service, from 10 a.m. until 12 p.m. Tuesday. Memorials may be made to the Chautauqua County Humane Society, 2825 Strunk Rd., Jamestown, NY 14701.

Share Your Memory of
Cynthia
Upload Your Memory View All Memories
Be the first to upload a memory!
Share A Memory