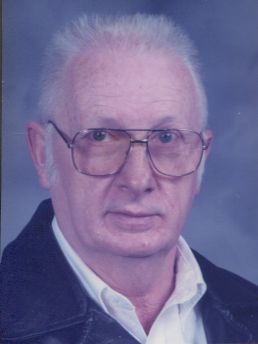 Robert James "Bob" Whitman, 81, of East Terrace Ave., Lakewood, passed away on Wednesday, March 2, 2022 at his home. He was born March 25, 1940, in Jamestown, a son of the late Steven M. and Mary B. Blood Whitman. Bob attended St. Peter & Paul Catholic School and later Southwestern Central School. He had been employed at Penn Empire, Allied Van Lines, and as a salesman for CMK Auto Parts. After retiring, he worked at Arro Manufacturing. Bob was a Ford fanatic and was a master craftsman restoring classic cars. He was a perfectionist in repairing and painting automobiles that had been damaged. Bob is survived by his wife of 38 years, Constance B. Brown Whitman; three sons: Wayne Whitman of Kiantone, Kevin and Robert (Kelly) Whitman, both of Lakewood; two grandchildren: Emily and Benjamin Whitman; a brother John S. (Sue) Whitman of Bemus Point; a sister Mary Ann (Bill) Neary of Cincinnati, OH; a cousin Dee Bennett of Jamestown; a niece Beth (Vickie) Waldeck of Olean; and a nephew Nicholas Sanders of Olean. His Pom-Poo "Teddy" will miss Bob terribly. The family would like to extend a special thank you to all their wonderful friends and neighbors, especially Charlotte Johnson and the staff of hospice, especially Jamie and Julie. A funeral service will be held at 4 pm on Saturday, March 5, 2022 in the Lind Funeral Home. Rev. Luke F. Fodor, pastor of St. Luke's Episcopal Church will officiate. Burial will be in Sunset Hill Cemetery. Friends will be received from 2-4 pm, for two hours prior to the service, on Saturday in the funeral home. In lieu of flowers, memorials may be made to Chautauqua Hospice & Palliative Care, 20 West Fairmount Ave., Lakewood, NY 14750.