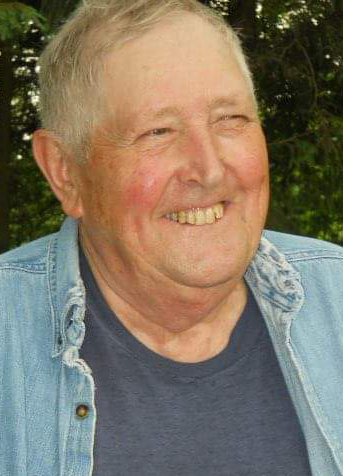 Charles F. Stormer, Sr., 89, of Lebanon Rd. Randolph, NY, formerly of Ashville, NY, passed away at 2:35 am Tuesday, March 29, 2022, in his home surrounded by his family. An area resident for most of his life, he was born May 29, 1932, in Jamestown, NY, a son of the late John Henry and Neva Blackmar Stormer, Sr. Before his retirement he was a pipefitter and steamfitter for the United Association of Plumbers and Steamfitters Union Local 449 for over 35 years, and a member of the union for over 50 years. He worked on major construction projects such as the Kinzua Dam, Beaver Dam, and the Oswego Power Plant. In earlier years he worked for the Marlin Rockwell Corporation the American Sterilizer Corporation and the Singer Company. Charlie was involved in masonic circles for over 50 years as a member of the Carroll Lodge 1147 F&AM, Frewsburg, NY. For many years he volunteered for the East Randolph United Methodist Church delivering meals to shut-ins. He will be remembered as a loving and caring father and grandfather who was very proud of his large family. He was the type of person who would fix and repair anything for anybody anytime. He loved to hunt, fish, and spent many hours working on old tractors and cars. Surviving are his children; Charles (Heather) Stormer, Jr. of Sherman, NY, Russell (late Debra) Stormer of Randolph, NY, Elizabeth Stormer of Ashville, NY, Gretchen Stormer of Lakewood, NY, 12 grandchildren, many great grandchildren, a sister, Shirley Boutelle of Busti, a brother, Donald Stormer of Lake Mary, FL., as well as several nieces and nephews. Besides his parents, he was preceded in death by his wife the former Vivian Anderson Stormer whom he married December 9, 1950, and who died March 6, 2007, two sons, William and Robert Stormer, a sister, Mary Smith and two brothers, Robert Stormer and John Stormer, Jr. The funeral will be held t 11 am Monday, April 4, 2022, in the Lind Funeral Home. The Rev. Frederick Rowland, retired pastor will officiate. Burial will be in the Sunset Hill Cemetery. The family will receive friends from 2-4 & 6-8 pm Sunday in the funeral home where a Carroll Lodge masonic funeral service will be conducted at 7:30 pm Sunday in the funeral home. Memorials may be made to the East Randolph United Methodist Church, 122 Church St., East Randolph, NY 14730.