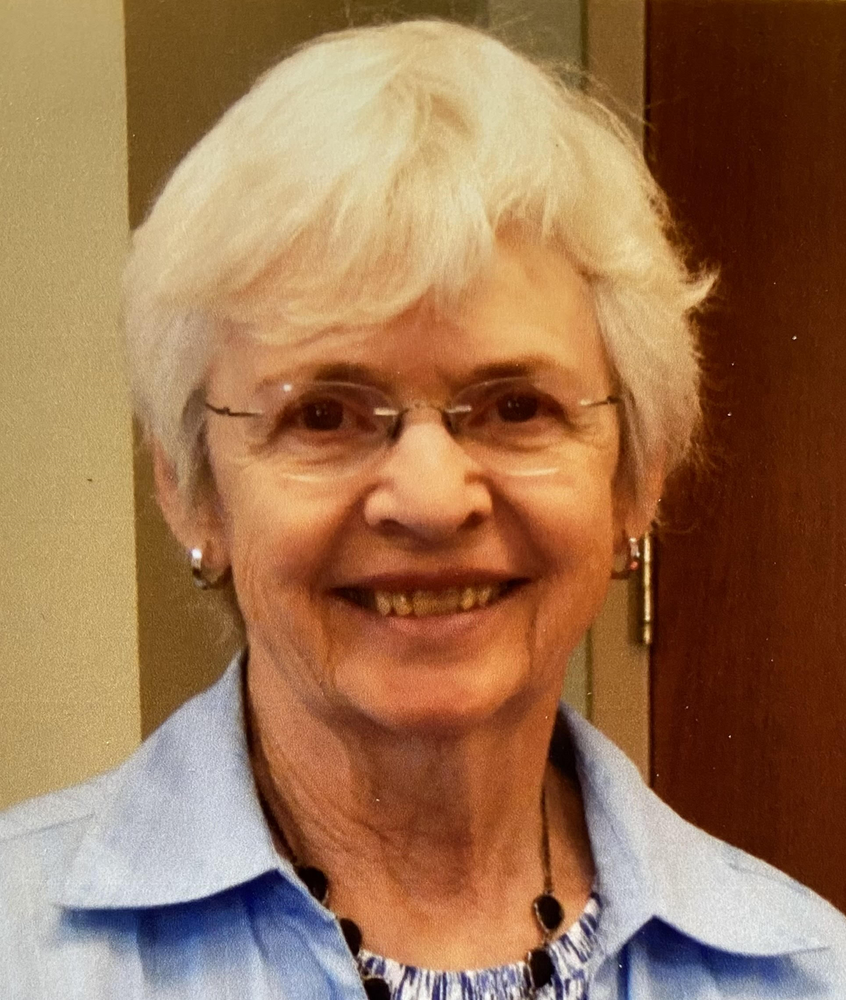 Mary Francis Murphy Vacanti passed away on April 7, 2022 peacefully at home in Dewittville, NY, in the presence of her family. She is survived by her husband Russell of 58 years, and her four children, Michael Vacanti of Alexander, NY; Matthew Vacanti of Baldwinsville, NY; Jonathan Vacanti of Charlottesville, VA, and Rachel Vacanti Roberts of Kenmore, NY. Surviving her in addition are her two sisters, Elizabeth Murphy Hannon of Angelica, NY, and Eleanor Murphy Pagano of Farmington NY. Mary was predeceased by her mother, Ella Murphy, 102, and her father, Francis Murphy, 103, and a baby brother Jimmy 9 months. Mary was born in Ellicottville on September 5, 1941. She was one of three girls and a brother. She attended elementary schools in Ellicottville. Later her family moved to a farm in Springville where she attended Griffin Institute High School. Mary was active in her band and drama productions. As a teen she had a horse and boasted that she could drive a team of horses. In 1960 she went off to Fredonia State to become an elementary school teacher. In 1962 she participated in the Fredonia Junior Semester Abroad program in Antwerp, Belgium. It was there that she met her future husband Russ Vacanti, with whom she was married 58 years. Together they raised four children. Mary began her teaching career in Kennedy NY in 1963. In 1966 the family moved to Orchard Park. Mary raised their four children and in 1981 she returned to teaching full time, Special Education in West Seneca Middle School for 20 years. She earned her Master's Degree in Special Education from Buffalo State. In 2001 Mary retired from teaching, and in 2002 they sold their home in Orchard Park and moved permanently to Dewittville, NY and Chautauqua Lake. As a retired person, Mary pursued her love of art, particularly her love of painting and drawing. She was often the prized student of many adult education classes. Mary also loved to play bridge and golf. She was a loving grandmother to ten grandchildren who knew her as Grandma Mary. Mary was an extremely kind and loving person and she will be sadly missed. The family will receive friends from 10 a.m. until 12 noon on Tuesday, April 12th in the Lind Funeral Home. Following visitation Tuesday, a Memorial Mass will be held at 1 p.m. at St. Mary of Lourdes Catholic Church in Bemus Point, NY. The Rev. Todd Remick will be celebrant. Flowers are gratefully declined. Memorial contributions may be made to Chautauqua Hospice and Palliative Care, 20 W. Fairmount Ave., Lakewood, NY 14750.