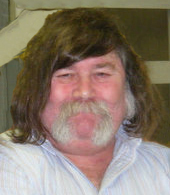 Brian R. Hill, 68, of Jamestown, NY died Friday, April 8, 2022 at Heritage Park Rehab & Skilled Nursing. He was born in Jamestown on August 5, 1953 and was a son of the late William and Betty Nordine Hill. For many years Brian was a tool and die maker at Jamestown Perforators and later, Jamestown Precision Tooling. He enjoyed photography, automobile racing at Stateline Speedway, and was a fan of the Yankees, the Buffalo Bills and Sabres. He also loved animals. Brian is survived by his daughter, Michelle (Jamie) Smith of Jamestown; a brother, Alan (Kate) Hill of N. Kingstown, RI and sister, Marsha (Paul) Donner of Jamestown; three sisters-in-law: Janet (Nick) Schepis of Lakewood, Darlene Johnson of Jamestown, and Debra Haller of Kiantone; and several nieces and nephews. Along with his father who died in 2011 and mother in 2001, Brian was preceded in death by his wife, Peggy Swiderski Hill who died November 1, 2021; mother-in-law, Mabel Swiderski; sister-in-law, Sandy Mabee; and two brothers-in-law, Ralph Johnson and Michael Haller. The funeral will be held April 25th at 1 p.m. in the Lind Funeral Home. Friends will be received for one hour prior to the service that day. Burial will be in Lake View Cemetery. Memorials may be made to the Chautauqua County Humane Society, 2825 Strunk Rd., Jamestown, NY 14701.

Share Your Memory of
Brian
Upload Your Memory View All Memories
Be the first to upload a memory!
Share A Memory