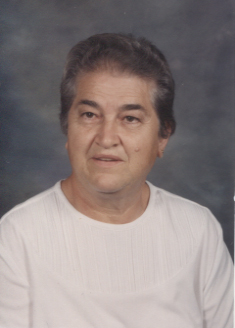 Velma R. Jones, 88, of Tanglewood Manor, formerly of 92 Barrett Ave., Jamestown, passed away on Tuesday, April 12, 2022 in UPMC Chautauqua. She was born July 29, 1933, a daughter of the late Donn F. and Bernice M. Emory Messenger. Velma was a 1952 graduate of Cassadaga Valley High School and had attended Jamestown Community College. She was a member of the former 305 Ross Grange in Falconer, the Jamestown Senior Center, and the Roger Tory Peterson Institute. Velma was employed at the Dibert Home and Lutheran Social Services as a cook for many years. She had also worked at the Resource Center for eight years retiring in Dec. of 1999. Velma is survived by three daughters: Bonnie (Dave) Lester, Donna Jones, Sally Jones; a son Clifford (Janice) Jones; nine grandchildren: Nathan Lester, Thomas Lester, David (Beth) Fuchs, Ryan (Britney) Fuchs, Jennifer (Tim) Whitare, Jessica Jones, Joshua Jones, Justin Jones, Jolene Jones; and seven great-grandchildren. In addition to her parents, she was preceded in death by her husband Paul A. Jones, who passed away Aug. 16, 2000; a sister Mary B. Hinsdale in 1977; and a brother Ellis D. Messenger in 2021. A funeral service will be held at 1 pm on Friday, April 15, 2022 in the Lind Funeral Home. The Rev. Douglas M. Kibbe, pastor of Church on the Rock, will officiate. Burial will be in Sunset Hill Cemetery. Friends will be received from 11 am to 1 pm on Friday, two hours prior to the service in the funeral home. Memorials may be made to the American Diabetes Association, American Cancer Society, or American Lung Association.

Share Your Memory of
Velma
Upload Your Memory View All Memories
Be the first to upload a memory!
Share A Memory