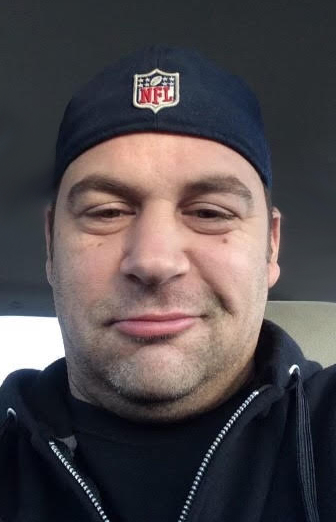 Frank Capizzi, Jr., 47, of 10 S. Hopkins Avenue, died Monday April 18, 2022, in UPMC Hamot, Erie, PA. He was born September 27, 1974, in Jamestown, a son of the late Frank and Dorothy Griffin Capizzi, Sr. From an early age he ran Golden Taxi with his father and brothers. He most recently worked at St. Susan Center where he enjoyed his connection with the community. Frank was taken far too soon. He will be remembered for his insane sense of humor. He was a grateful, kind, loving, and fierce human being. Truly one of a kind. He had a love for animals, bikes, and nature, but most of all a love for his children that was like no other. His accomplishments were known by many. Frank made the selfless choice to be an organ donor so his life will live on through the people whose lives were saved. He will be truly missed by all who knew him. Surviving are seven children Kristen, Kaley, Kyah, Korryne, Kammey and Karter Capizzi and Tyler Blair; 2 granddaughters Annah and Jennah; three sisters Rose Mary Hansen of Baltimore and Fran Capizzi and Cindy Capizzi Sager both of Georgia and three brothers Dan Griffin, Busty Griffin and Michael Capizzi all of Jamestown. He was preceded in death by his parents, a brother Robert Capizzi and a nephew Willie Hayes. Friends will be received from 10-10:30 am Friday in the Lind Funeral Home. A private service will be held at the convenience of the family. Burial will be in holy Sepulchre Cemetery. You may leave words of condolence at www.lindfunerlahome.com.

Share Your Memory of
Frank
Upload Your Memory View All Memories
Be the first to upload a memory!
Share A Memory