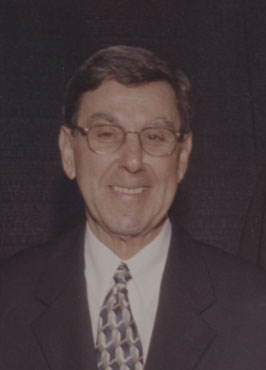 Obituary of Samuel A. Muscarella

Samuel (Sam) Anthony Muscarella, 89, of Jamestown, NY, passed away peacefully at 4:05 pm Wednesday, April 20, 2022. A lifelong area resident, he was born May 7, 1932, in Falconer, NY, a son of the late Albert and Mary Muscato Muscarella. Sam was a 1950 graduate of Falconer High School and was a proud veteran of the U. S. Navy. During his tour of duty from September 16,1952 to August 25, 1954, he was stationed in Norfolk, VA as a Radioman on the USS Pocono and received the National Defense Service Medal. Sam was united in marriage with Carmella Jean Destro Muscarella on November 15, 1952, at St James Roman Catholic Church in Jamestown. After his service with the United States Navy, he worked for Barnes Construction and subsequently was a custom Homebuilder in Jamestown and throughout Chautauqua County and a member of the Carpenters Union Local 66. He designed and created custom interiors and cabinetry, as well as children's furniture. He was a devote Catholic member of St James Roman Catholic Church, 4th degree member of the Knights of Columbus Council 926, Celtics Catholic Mens Club, the Marco Polo Club, the Lakewood Rod & Gun Club, the Veterans of Foreign Wars, and the Lakewood Memorial Post 1286 American Legion, Lakewood, NY. He will be greatly missed by his wife of 69 years, Carmella Jean Destro Muscarella, three children: Samuel (Marjorie) Muscarella of Washington, DC, Diana Muscarella of Cincinnati, OH, Steven (Sue) Muscarella, of Jamestown, NY, six grandchildren: Jennifer (Brad) Hallman, Jeffrey (Kimberly) Hetzel, Scott (Shannon) Hetzel, Ashley Muscarella, Brett (Amy) Muscarella, Chad (Ashley Rae) Muscarella, twelve great grandchildren: Gia Muscarella Streed, Samuel and Josephine Muscarella, Sebastian Muscarella, Alexis , Zachary, Tyler and Jacob Hetzel, Samantha, Ellie and Charlotte Hetzel, Callen Hallman, and two sisters: Rose Cresanti of TN, and Antoinette Marchiando of Rochester, NY. Besides his parents, he was preceded in death by two brothers, Charles, and Michael Muscarella. A Mass of Christian Burial will be celebrated at 2 pm Monday, April 25, 2022, in St. James Roman Catholic Church. The Rev. Paul Cygan, parochial vicar will be celebrant. A private family Commitment Service and Inurnment will be in the Holy Sepulchre Cemetery Mausoleum. Friends will be received from noon-1:30 pm Monday in the Lind Funeral Home, prior to the mass. You may leave words of condolence to Sam's family at www.lindfuneralhome.com.

Share Your Memory of
Samuel
Upload Your Memory View All Memories
Be the first to upload a memory!
Share A Memory