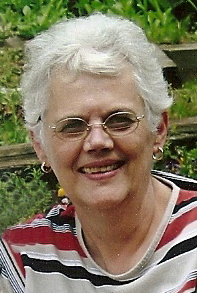 Obituary of Judith A. Hopkins

Judith A. Hopkins, 81, of Bemus Point, NY, passed away Saturday evening, April 23, 2022 at UPMC Chautauqua. She was the widow of the late James M. Hopkins whom she married August 20, 1960 and who died April 26, 2005. Judie was born May 30, 1940 in Fulton, NY and was a 1958 graduate of Benjamin Franklin High School in Rochester, NY. After moving to Jamestown in 1962, she has resided in the family's Bemus-Ellery Road home in Bemus Point since 1965. In younger years, she held various jobs in retail, a telephone company, dental office and as a cook at the former Bonar's restaurant in Bemus Point. With an unquenchable thirst for knowledge, she began nursing school at the age of 40. Judie had a love for animals and was involved in the Conewango Kennel Club as well as 4-H Dog Obedience Instruction. Earlier in life, she was an active member of the Bemus Point United Methodist Church Finance Committee and was an enthusiastic participant of both the Little Theatre of Jamestown and the Shoestring Players. Always a "jack of all trades," Judie had an eclectic array of interests that kept her busy. On any given day, one could find Judie in the garage with her son, Greg, changing her vehicle's brakes, on the porch sketching a beautiful landscape portrait, or at the sewing machine fashioning a new outfit. Her artistic passion was a source of fun for the family, and Judie would often involve her children in the painting of ceramics. Judie is survived by her partner of 16 years, Craig Smith; a daughter, Cyndi (Terry) Lorenc of Jamestown; two sons: Greg (Sandy) Hopkins of Bemus Point and Marc (Ann-Marie) Hopkins of West Chester, Ohio; and four grandchildren: Hannah Lorenc of Buffalo, NY, Abbey Schaffnit of Baltimore, MD, RaMare Ashley Hopkins of San Francisco, CA, and Frederick Hopkins of Milford OH. She was preceded in death by her parents, Joseph and Helen Cerino. A Celebration of Judie's life will be held at a later date. Memorials may be made to the Chautauqua County Humane Society, 2825 Strunk Rd., Jamestown, NY 14701.

Share Your Memory of
Judith
Upload Your Memory View All Memories
Be the first to upload a memory!
Share A Memory