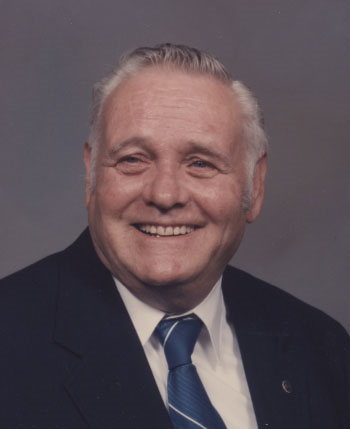 Get Directions
Monday
9
May

C. Robert "Bob" Ostrander, 97, of 67 Ames Avenue, died Tuesday May 2, 2022, in UPMC Chautauqua. A lifelong Jamestown resident, he was born October 15, 1924, a son of the late Platt and Catherine Peterson Ostrander. He was a 1942 graduate of Jamestown High School. A WWII veteran of the US Army, he took part in the D-day invasion of Normandy, landing with the second wave on Utah Beach, and serving until the end of the war. Prior to his retirement he was employed by Clark Supply for over 50 years as a truck driver. He was a member of First Baptist Church, serving as a trustee, Fenton Philately Society, played in the Jamestown Old Timers Baseball League, was a 50-year member of the VFW, enjoyed pitching horseshoes, rooting for the New York Yankees, and traveling throughout the United States. Surviving is a son Daniel Ostrander of Norfolk, VA; two grandsons Devin Ostrander of California and Chris (Julie) Jaquith of Lakewood; his dog Scarlet and several nieces and nephews. He was preceded in death by his wife Jean Strickland Ostrander, whom he married May 17, 1975, and who died November 22, 2020. The funeral will be held at 3 pm Saturday in the Lind Funeral Home, where friends will be received for one hour prior to the service. Burial will be in Sunset Hill Cemetery. Memorials may be made to Chautauqua County Humane Society, 2825 Strunk Road, Jamestown, NY 14701, or a charity of choice. You may leave words of condolence at www.lindfuenralhome.com

Share Your Memory of
C.
Upload Your Memory View All Memories
Be the first to upload a memory!
Share A Memory