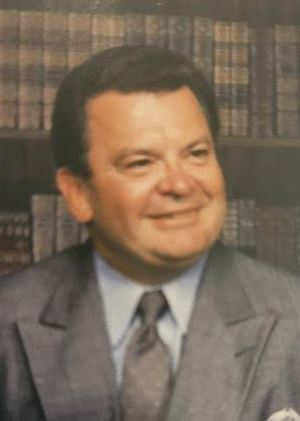 John E. Anderson, 81, formerly of Lakewood, NY, passed away at his Jensen Beach, FL, home on May 16th, 2022. Having overcome pancreatic cancer, he succumbed to ALS. He remained positive, courageous, and in good humor throughout his battle. John was born in Jamestown in 1940 to B. Gustaf and Helen Sundstrom Anderson. Gustaf was born in Sweden, and he and Helen met while she was cruising to Sweden for a vacation. John made the trip to visit his father's family in Sweden three times in his life and was proud to be able to take his parents with him on one of those trips. The Anderson family had a cottage on Hadley Bay, where John and his brother spent idyllic summers swimming, fishing, and enjoying the pleasures of Chautauqua Lake. John was a Boy Scout, 1st class. A lifelong believer in the value of good hard work, during high school years John held jobs as a paperboy and paper route manager, as well as working at the Jamestown A&P, Jamestown Lounge, Jamestown Macadam, and Art Metal. He graduated from Jamestown High School with a Regents Scholarship in 1958. John graduated from Syracuse University in 1962 with a bachelor's degree in Economics. He was a member of Alpha Tau Omega fraternity. While in college he secured merchant marine papers and spent a summer working on a Great Lakes freighter. Upon graduation John was commissioned as a 1st Lieutenant in the U.S. Army. He served in the U.S. Army for 2 years as a nuclear weapons officer. Upon discharge from active duty, he spent 3 years in the Army Reserve. In 1964 John joined Bache and Company and trained as a stockbroker at 36 Wall Street, NYC. He worked in Bache's Binghamton office, and at that time met his first wife, Judith Johnson. In 1969 John returned to Jamestown and joined Carl Bodell at Common Dann and Company. Bodell had been John's stockbroker when at the age of 15, he bought his first share of stock with earnings from his paper route. In 1970, Bodell, Dan Overcash, and John purchased the Jamestown office of Common Dann and formed Bodell, Overcash and Anderson, Inc., of which John was President for 50 years. From 1972 until 1992 John was also a member of the Boston Stock Exchange. In 1995, John was a founding director of the Jamestown Savings Bank, now a division of Northwest Savings Bank. In 1972 John married Judith Johnson and moved to Lakewood. John was a member of the Lakewood Planning Board for several years. In 1974 he also served on the Chautauqua County Planning Board, and in 1975 was a member of the Chautauqua County Legislature. Involved in philanthropy and community service throughout his career, upon Judy's death in 1990 John became very active in community affairs and charitable efforts. John's community service included: Chairman of the Jamestown Civic Ballet; Prendergast Library Board for 9 years; Director of the Chautauqua Institution Foundation for 8 years; Board member of Chautauqua Striders for more than 15 years; Reg Lenna Civic Center Board; Investment Advisory Board for the Scandinavian Studies Committee of JCC; Board member of the Robert H. Jackson Center; 20+ years on the Salvation Army Advisory Board, including 2 years as President; Board Member of the Alleghany Highlands Council of the Boy Scouts of America; 25 years on the Chautauqua Tobacco Asset Securitization Committee; Finance Director of Gloria Dei Lutheran Church; and Sunset Hills Cemetery Board. Additionally, John spent many years on the board of The Town Club with 2 years as President; a member of the Norden Club, with 2 years as President; and was a member of the Vikings for more than 60 years. John was the recipient of The Silver Beaver Award from the Boy Scouts of America; The 2012 Hamilton Award from the Chautauqua Region Community Foundation; and the JCC Hamilton Award in 2018. John was an avid skier who also enjoyed swimming, tennis, and golf. He was an enthusiastic member of the "Dirty Dozen." His credo is best expressed by the quote from Boy Scout founder Robert Baden-Powell: "Try to leave this world a little better than you found it, and when your turn comes to die, you can die happy in feeling that at any rate, you have not wasted your time but have done your best." He is survived by wife, Barbara, of Jensen Beach, FL; son Paul (Lynne) of Brentwood, TN: granddaughter Courtney of Franklin, TN; grandson Dalton (Samantha) of Yardley, PA, and great grandchildren Jake, Luca, Nico, and Gia; brother Greger (Margaret) of Topsham, ME, 2 nephews and 4 great-nephews and a great-niece. The funeral will be held at 1 pm Thursday, May 26, 2022, in First Lutheran Church. Rev. Daniel Rumfelt will officiate. Entombment will be in Sunset hill Cemetery. Friends will be received from 4-7 pm Wednesday, May 25, 2022, in the Lind Funeral Home. In lieu of flowers, John requested any donations be made to The ALS Association, Upstate NY Chapter, 135 Old Cove Rd. Suite 213, Liverpool, NY 13090. You may leave words of condolence at www.lindfuneralhome.com.