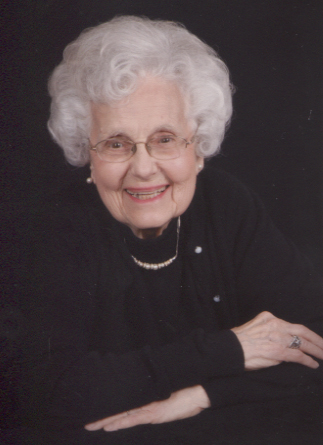 Mary Hedin, formerly of Waldemere Way in Lakewood, left this world on May 26, 2022 while residing at Lutheran. She was 96 years old. The daughter of the late Arthur and Clara Reimer Fies, she was born in Buffalo, NY on May 24, 1926. It was there that she met her husband, Nels Hedin, whom she married October 11, 1947. They moved to Gifford Avenue in Lakewood where they raised their family. Mary is survived by three sons: Paul (Anne) Hedin of Jamestown, Rev. Jeffrey (Ruth) Hedin of Pittsford, NY, and Dr. Neil (Johanna) Hedin of Jamestown. She was blessed with seven grandchildren: Dr. Carrie (Dr. Vijay) Thangamani, Eric (Dr. Sandra) Hedin, Stephen (Christine) Hedin, Elizabeth (Philip) Rupp, Andrew (Dr. Meredith) Hedin, and Sophia and Annika Hedin. In addition, she is survived by eleven great grandchildren: Caroline and Nathan Thangamani, Joseph and Genevieve Hedin, Autumn, Harper and Riley Hedin, Owen and Haley Rupp, and Ryan and Nicole Hedin. Along with her parents, she was preceded in death by her husband, Nels, who died September 21, 2001; and by her brother, David Fies. Mrs. Hedin was a charter member of the former Gloria Dei Lutheran Church in Lakewood where she served as Sunday School Superintendent for 25 years and was a member of the Altar Guild. Her other memberships include the Lakewood Rod & Gun Club, Lakewood Women's Group, Lakewood-Busti Seniors, the Golden Agers, and the Vikings Lodge. She also volunteered as a Grey Lady at the former Jamestown General Hospital. Mrs. Hedin was employed for several years at Southwestern Central School as a library aide, and later at Jamestown Community College as a Senior Audio-Visual Technical Assistant, retiring in 1997 after 26 years. As a child of the Depression, she valued family and friends above all. She was a fiercely devoted mother, grandmother, and great grandmother who has left her family with a lifetime of memories and an understanding of love. Mrs. Hedin has chosen to donate her body to the Jacobs School of Medicine at the University of Buffalo for teaching and research. A memorial service will be held at 11 a.m. Saturday, June 4th in the Lind Funeral Home, led by the Rev. Laura Csellak. Friends will be received from 10 to 11 a.m. Saturday for one hour prior to the service. If you wish, memorials may be made to the JCC Foundation at foundation@mail.sunyjcc.edu; or to the Chautauqua Blind Association (CBA Vision Rehabilitation Services), 510 W. 5th St., Jamestown, NY 14701.