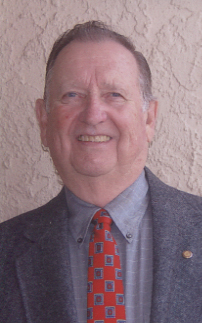 Get Directions
Tuesday
31
May

Get Directions
Tuesday
31
May

Ted E. Larson, 95, of 132 Aldren Ave. Jamestown, formerly of 1776 South Main Street, Jamestown, passed away Friday (May 27, 2022) at UPMC Jamestown. He was born February 23, 1927 in Port Allegany, PA, the son of the late Ellery J. and Alice S. Headd Larson. He was a 1945 graduate of Port Allegany High School, where he was class Vice-President, and soon after enlisted in the U.S. Army, where he served in the Pacific theater during WWII in the Engineers, attaining the rank of Sergeant. He worked for the Pennsylvania Rail Road and for the U.S. Post Office in Jamestown for 30 years. He was an active member of Immanuel Lutheran Church for 60 years, serving as an usher for 40 years, was a council member, and participated in Immanuel Partners and Senior Men. He was a 70-year member of Liberty Lodge 505 F+AM in Port Allegany and a member of Valley of Coudersport Consistory. He was a past Commander of V.F.W. Post 6391 in Port Allegany, a present member of 60+ years at V.F.W. Post 53 Jamestown and 40+ years at Frewsburg American Legion Post 556. He served on the board of directors of the Jamestown Post Office Credit Union for a decade, and was a member of the National Association of Letter Carriers for 60+ years. He was a 65+ year member of the Viking Lodge, and a member of the Lakewood Rod and Gun Club. Ted loved taking care of his lawn when he had his home on South Main Street, waving to neighbors from his riding mower. He enjoyed going to Myrtle Beach, SC with his wife, Joyce, golfing and dining out; trout fishing with his friends and relatives from Jamestown and Port Allegany with his son-in-law, Tim; and playing pool with his fellow residents at Edgewood Communities, winning the championship twice. Larson Family Reunions were a highlight every year, and in 2021 he was the oldest attendee–the family patriarch. With Joyce, he traveled throughout the U.S., including favorite places such as South Carolina, Hawaii, Mexico, Canada, and his daughters' homes for extended visits, most recently this past December. Ted loved people and people loved Ted. He lit up any room he walked into, and everyone gravitated toward him–he was a true life-of-the party and a one-of-a-kind. He loved entertaining at his home, grilling steaks on the patio, and hosting an annual New Year's Eve party with his dearest friends. Ted was always ready for fun and a consummate storyteller, able to paint a scene with vivid recollection–and hilarious detail. He amazed everyone with his zest for life and ability to survive after the passing of Joyce over ten years ago. Ted had that rare ability to make friends everywhere he went–of all ages and backgrounds–he was hard to keep up with! He enjoyed many wonderful experiences with his daughters and was devoted to his grandchildren and being their Pop-Pop–Bob Evans breakfast dates with his granddaughter, visiting fairs and amusement parks, watching them play sports, and attending dance recitals. He loved staying in touch with them via text and even had his own Bitmoji that was often used to comic effect. He was a lover of big band music and Billy Joel, a Friday night fish-fry at the lake, and taking a leisurely Sunday drive. He was a steadfast contributor to the annual Christmas puzzle, best solved with a warm glass of Swedish glogg. His greatest love was reserved for his family–his beloved Joyce–married on Valentine's Day in 1960, they shared almost 52 wonderful years of marriage and countless smiles and moments of happiness; his daughters, who he adored; and his greatest love, his grandchildren. Surviving are his daughters Nancy (Tim) Carney of the Villages, FL, Patricia Prosser, and Wendy (Chris) Loggia of Westfield, NJ; grandchildren Megan (Brad) Funkhouser, Sarah Prosser, and Olivia and William Loggia; several great-grandchildren; and brother Tom Larson of Indian Mills, NJ. In addition to his parents, he was preceded in death by his wife, Joyce Larson. The funeral service will be held at 1 p.m. Tuesday in the Lind Funeral Home. Pastor Dan Rumfelt will officiate. Friends will be received from 11-1 p.m. Tuesday, for two hours prior to the service in the funeral home. The Larson family requests masks be worn. Memorials may be made to the Walter Reed Society Warrior/Family Support Fund, Chautauqua Hospice and Palliative Care, or a charity of one's choice. In keeping with the way Ted lived his life, the family suggests honoring his memory by enjoying a day with friends and family. To share a memory or leave a condolence, please visit www.lindfuneralhome.com.

Share Your Memory of
Ted
Upload Your Memory View All Memories
Be the first to upload a memory!
Share A Memory