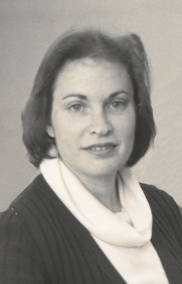 Obituary of Ruth B. Ciesielski

Ruth B. Ciesielski, 80, of Jamestown, NY, formerly of Harrisburg, PA, died at 9:17 am Friday, June 10, 2022, in UPMC Chautauqua. She was born November 14, 1941, in Harrisburg, PA, a daughter of the late Samuel and Ella Loeb Klein. Ruth was a graduate of Central Dauphin High School in Harrisburg, PA and received her bachelor's degree from Penn State University (University Park) in Elementary Education. She earned her master's degree from Penn State University in Student Personnel College Administration with a minor in international government and completed all but the dissertation for her doctorate degree. Before her retirement in 1998, Ruth was employed as the college registrar for Jamestown Community College where she worked for 25 years (1973-1998). While at Jamestown Community College she also held positions of Division Chairman of the Department of Human Development and Educational Services and Director of Institutional Research. Ruth also served several times as chairperson of the Middle States Accreditation Committee for JCC. She also created and organized JCC's College/Career Day, an annual event serving high schools throughout Chautauqua County for over 25 years. Ruth had previously been employed at the Harrisburg Area Community College as their first Financial Aid Director (1966-1969). While at HACC, Ruth twice published research studies in juried national publications. She also helped establish and was an officer in the Pennsylvania Financial Aid Director's Association. In earlier years, Ruth worked at SUNY at Oswego from 1965-1966 as Assistant Dean of Students and at Pennsylvania State University in several student affairs positions from 1963-1965, and 1969-1971. Over the years, Ruth served on Statewide professional committees both in New York and Pennsylvania and was a member of several professional organizations. She had been a chairperson for several years on the Hewes BOCES Advisory Board, was a member of the board of directors for the United Way of Southern Chautauqua County, served on the board of directors for Chautauqua County Meals on Wheels and was a member of the Lakewood Rod & Gun Club Auxiliary. Surviving is her husband, Joseph A. Ciesielski, whom she married September 12, 1971, several nieces, nephews, and extended family. Besides her parents, she was preceded in death by her brother, Lawrence A. Klein who died April 14, 2021. A private service will be held at the convenience of the family. Burial will be in the Sunset Hill Cemetery. Visitation will not be observed. Memorials may be made to the Jamestown Community College Foundation Scholarship Fund, 715 Falconer St. Jamestown, NY 14701.

Share Your Memory of
Ruth
Upload Your Memory View All Memories
Be the first to upload a memory!
Share A Memory