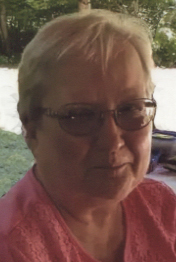 Mary Ann Crissman, 74, of 458 Goshen Rd., Panama, passed away Saturday, June 25, 2022 at Saint Vincent Hospital in Erie, PA. She was the wife of Raymond L. Crissman. Mary Ann was born in Jamestown on September 22, 1947 and was a daughter of the late Kenneth Evan and Rose Sawchyn Warner. She had been employed for 24 years by Panama Central School. Along with her husband Raymond, surviving is a daughter, Lauri Ann Crissman and a son, Daniel D. (Nancy) Crissman, both of Panama, NY; eight grandchildren: Ronald W. Fuller, Jr., John W. Fuller, Jessie J. Fuller, BillyJack Fuller, Fred Blanchard, Nicki Blanchard, Sheela Crissman, and Charles Crissman; nineteen great-grandchildren and five great-great-grandchildren. Also surviving is a sister, Anna Mae (Robert) Crossley of Panama; two half-sisters, Lisa (Mike) Johnson of Jamestown, and Patricia (Harold) Johnson of Frewsburg; and three nephews, Robert A. (Deanna) Crossley, Kenneth E. (Sandy) Crossley, and Terry L. (Heather) Crossley. In addition to her parents, she was preceded in death by her stepmother, Mary J. Campbell; and a son, Raymond L. Crissman, who died September 22, 1984. Following Mary Ann's instruction, no service or visitation will be observed. Burial will be in Lake View Cemetery.

Share Your Memory of
Mary Ann
Upload Your Memory View All Memories
Be the first to upload a memory!
Share A Memory