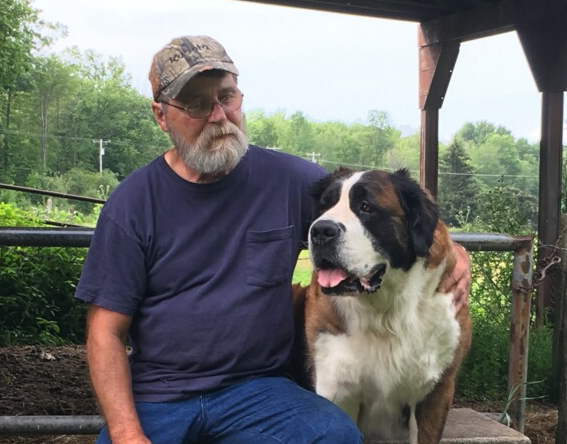 James E. Tobias, 73, of 3738 West Oak Hill Road, died Wednesday June 29, 2022, in his home. He was born September 5, 1948, in Clearfield, PA, a son of the late Homer and Gloria Smith Tobias. Following graduation from high school he served in the US Army in Germany during the Vietnam War. Prior to his retirement he was employed by Anderson Precision as a machinist. He was a member of the American Legion. He enjoyed hunting, fishing, and spending time with his beloved dog Dolly. Surviving are four children Tracy (Scott Nybeck) Waterhouse of Horseheads, NY, William Waterhouse of Jamestown, Clayton (Billy Jo) Tobias, and Steven (Nicole Doepp) Tobias both of Busti; fourteen grandchildren; sixteen great grandchildren; siblings Gregory (Alice) Tobias, Veronica (Eldon) Young, Karen Hilliard, Diane (Ken) Brink, Wendy Baer and Lisa (Ricky) Carnes and several nieces and nephews. Besides his parents he was preceded in death by his wife Lynne Robinson Tobias in 2018; two grandchildren Trevor Waterhouse and Brittany Lynne Waterhouse and three brothers Bruce, Dennis and Dave Tobias. In keeping with Jim's wishes no funeral service or visitation will be observed. A celebration of life will be announced at a later date. Memorials may be made to Chautauqua County Humane Society, 2825 Strunk Road, Jamestown, NY 14701, or St. Jude Children's Research Hospital at stjude.org. You may leave words of condolence at www.lindfuneralhome.com.