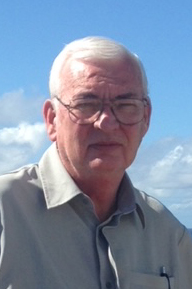 Obituary of Clifford A. Powers

Clifford A. Powers, Jr., 73, of 2123 Southwestern Drive, Lakewood, died Thursday July 14, 2022, in Heritage Village Rehab and Skilled Nursing. He was born July 6, 1949, in Jamestown, a son of the late Clifford and Doris Decker Powers, Sr. He was a 1967 graduate of Cassadaga High School. In 1980 he and his wife purchased Landers Mens Store which they owned and operated until August 2021. He was a past president of the Jamestown Business Association. He and his wife enjoyed traveling and visited 44 countries and 49 states. Surviving is his wife Ann Lundgren Powers, whom he married February 1, 1969; three daughters Cindi Connolly of Forestville, Marcy Miller of Sinclairville and Shelly (Robert) Hopkins of Middletown, DE; nine grandchildren Shawana (Chris) Klein, Paul, and Nicholas O'Brocta, Holly Miller, Connor and Kelli Connolly and Paige, Emma and MacKenzie Hopkins and two brothers Gary Powers of Waterford, PA and Mark Powers of Sinclairville. He was preceded in death by a granddaughter Savannah Hopkins; brother Ronald Powers, Sr.; sister Connie John; brother in law Marvin John and sister in law Marika Powers. Friends will be received from 5-7 pm Wednesday in the Lind Funeral Home. Burial will be in Evergreen Cemetery, Sinclairville. A private service will be held at the convenience of the family. Memorials may be made to Lakewood Volunteer Fire Department. You may leave words of condolence at www.lindfuneralhome.

Share Your Memory of
Clifford
Upload Your Memory View All Memories
Be the first to upload a memory!
Share A Memory