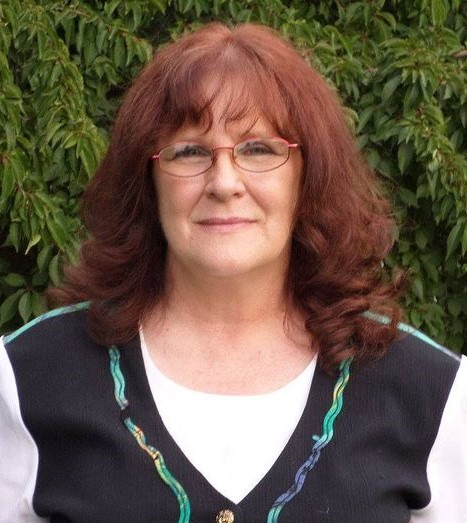 Jody Gauggel, 63, went to be with God on July 19, 2022, months after her cancer diagnosis. She was born August 2, 1958, to Gerald J. and Shirley A. Rasmussen Bostaph. She attended Jamestown Community College and graduated with a degree in computers. Jody worked as a professional chef at local restaurants, a catering service, and at the Marvin House until she retired to care for her husband, Gary. Disabilities prevented her from going back to the career she loved. Always the hostess, she did the planning for many family events. Jody would often schedule fun outings for family and friends where everybody could participate to win small prizes. She also volunteered for the Scandinavian Folk Festival for many years as a chef, craft organizer, or supervisor in the children's activity tent. She loved to cook and do various crafts. She also loved to dote on her many pets. Jody is survived by her children, Jamey Nobles, of Jamestown; Shannon (Holly) Nobles of Michigan; and Rayshell Gauggel, of Oregon; one grandson, Jaxson Nobles; three sisters, Cathy (Jon) Belin of Jamestown, Shelley Pearson of Jamestown, and Kristy (Douglas) Kirkpatrick, of Washington; father-in-law Ray Stanton; sister-in-law Shari (Gary) Rowe and Marcia (Jim) Frangione, of Jamestown, and Theresa Bostaph, of Massachusetts; nephew Joshua Bostaph and Gabriel Pearson; cousin Laurie Caldwell, and many aunts, uncles, nephews, nieces, cousins, and friends including Peter Samuelson, who helped care for her. She was preceded in death by her husband, Gary Gauggel; her parents Gerald and Shirley Bostaph; grandparents, Hazel and Howard Rasmussen and Lily and Joseph Bostaph; a son, Brandon; brothers Kevin and Jay Bostaph; mother-in-law Joan Stanton, and brother-in-law Robert Gauggel III. No services were held as per Jody's request. A memorial get-together is being planned for the end of August to include family and friends. In lieu of flowers, please feel free to make a donation in her name to a charity of your choice.

Share Your Memory of
Jody
Upload Your Memory View All Memories
Be the first to upload a memory!
Share A Memory