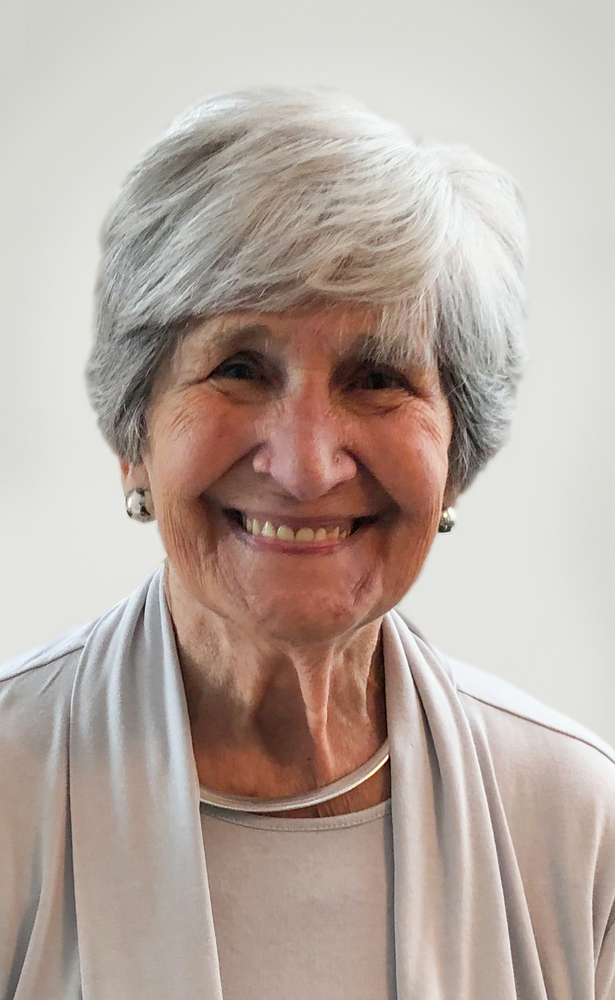 Jean Michos Wardi, 90, of Jamestown, New York, died Sunday, July 24, 2022, surrounded by her loving family in Erie, PA. The daughter of Evangelos and Eleni Michos, Jean, who was born Demetrula (Tula) on February 8, 1932, in Jamestown, NY, and was the eldest of the seven Michos siblings. Jean was a 1950 graduate of Jamestown High School and excelled in school: she was a member of the National Honor Society, the Debate Team, and acted in school theatrical productions. As an adult, she was a member of the Zonta Club of Jamestown. She married Ahmad Hassan Wardi in 1959, her lifetime love and kindred spirit, and they raised their family in Warren, PA. Their children – Laith, Katherine, and Anissa – were often joined by cousins Tina and Joanna, who made for a happy and lively home. Jean, whose first language was Greek, was a lifelong learner, bibliophile, astute political thinker, and a fan of classic films. She was charming, witty, and had an unmistakable twinkle in her eye. When her children were grown, she worked for the Jamestown City Court and enjoyed that period of her life. Upon retirement, she spent ample time with her children in Erie and Pittsburgh, filling her grandchildren's lives with love, Greek cooking, and wisdom. Jean took great pride in her Greek heritage and her family, and she was endlessly fascinated by her grandchildren: she listened to them and offered encouragement and unconditional support. Her maternal legacy continues in the lives of her children, their spouses, and grandchildren, all of whom were deeply attached to her. In her later years, she was fortunate to return to her beloved childhood home, which she shared with her sisters, and where her brothers, family, and friends were frequent visitors. Jean lived a life surrounded by love and she will be missed greatly. Surviving her are her children: Laith (Carla Orlando), Katherine (Craig Zonna), and Anissa (Casey Kurtz); her grandchildren: Alex Wardi, Lydia Wardi, Xavier Zonna, Quentin Zonna, Malcolm Kurtz, and Penelope Kurtz; and her sisters and brothers: Alexandra Michos, Elizabeth Michos, George Michos and Crist Michos; as well as her nieces: Christina Michos, Lisa Turcotte, Joanna Pillittieri, and Jennifer Michos, great-nieces, and a great-nephew. Besides her parents, Jean was preceded in death by her husband, Ahmad Wardi, her brother, Thomas Michos, her sister, Mary Michos Riolo, her infant sister, Katherine Michos, her brother-in-law, Vincent Riolo, and her sister-in-law, Robin Michos. At the family's request, a private funeral service will be held at St. Nicholas Greek Orthodox Church. The Rev. Soterios Rousakis, pastor will officiate. Burial will be in the Lake View Cemetery. Prior visitation will not be observed.

Share Your Memory of
Jean
Upload Your Memory View All Memories
Be the first to upload a memory!
Share A Memory